Creator of the period crime drama series 'Peaky Blinders', Steven Knight gave an update about the feature film based on the series. Read More. 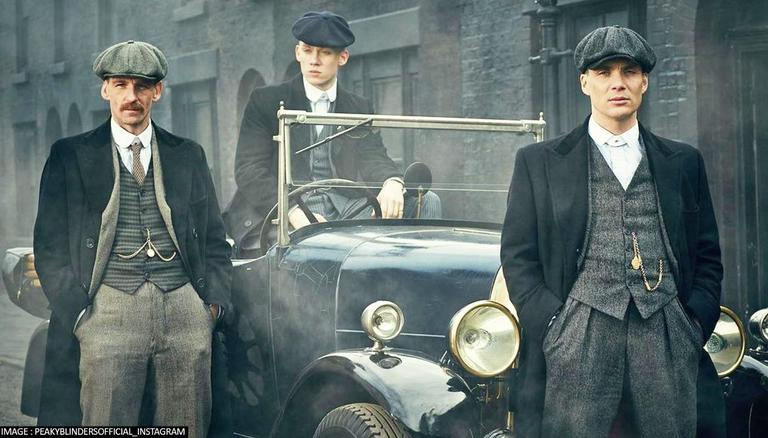 
Much to fans dismay, the makers of the British period crime drama series Peaky Blinders had earlier announced that season six of the show would be its final now. However, creator Steven Knight gave an exciting update about the future of the series. Knight announced that the Cilian Murphy starrer show is about to get a feature film that will go on floors after the end of season six.

As per a report by Variety, Steven Knight, the creator of Peaky Blinders spoke at the BFI London Film Festival about the highly anticipated 6th and final season and also gave an update about the feature film. Knight said that the movie would go on floors after season 6 and the movie will be the end of the road for Peaky Blinders. He said, "And then I am going to write the feature which will be set in and shot in Birmingham. And that will probably be the sort of the end of the road for ‘Peaky Blinders’ as we know it."

The series was originally filmed for BBC but Netflix swooped in to acquire the rights for international distribution making the series a worldwide phenomenon. Knight previously the series as “ambition of making it a story of a family between two wars, and by ending it with the first air raid siren in BirminghamKnight’s."

The series focuses on the life of the Shelby crime family as they seek to make a name for themselves in the aftermath of World War I. The show boasts a star-studded cast led by Murphy’s Thomas Shelby and is joined by the late Helen McCrory as his Aunt Polly and Paul Anderson as his older brother Arthur. The series has also featured the likes of Sam Neill, Tom Hardy, Adrien Brody, and Anya Taylor-Joy.

Season five of the show aired back in 2019 and the production on the sixth and final season of the show was originally slated to go on floors in March 2020 but was delayed due to the COVD-19 pandemic. However, the filming officially got underway earlier this year in January. It is also currently unknown whether or not Helen McCrory, who tragically passed away in April, had filmed any scenes for the sixth season or not.