Phoebe Dynevor's First-look From 'The Colour Room' Out; See Photo

Phoebe Dynevor will next be seen on the big screen in The Colour Room. Her look from the Pottery film with Matthew Goode is released. Check it out and know more


Phoebe Dynevor received many praises for her performance as Daphne in Netflix’s period romantic series Bridgerton. Following her breakthrough, she got her first major role as she was added to The Colour Room cast. Now, her first image from the upcoming pottery film is out.

Phoebe Dynevor’s look in 'The Colour Room' out

Sky has shared an exclusive first image of Phoebe Dynevor’s look in The Colour Room. She plays Clarice Cliff, a determined ceramic artist who breaks the glass ceiling and revolutionizes the workplace in the 20th century for working-class women. In the photo, Dynevor is seen sporting short hair and wearing a coat as she walks on the foggy street of 1920s’ Britain. The film has commenced shooting in Stoke-on-Trent and Birmingham. Take a look at the picture below. 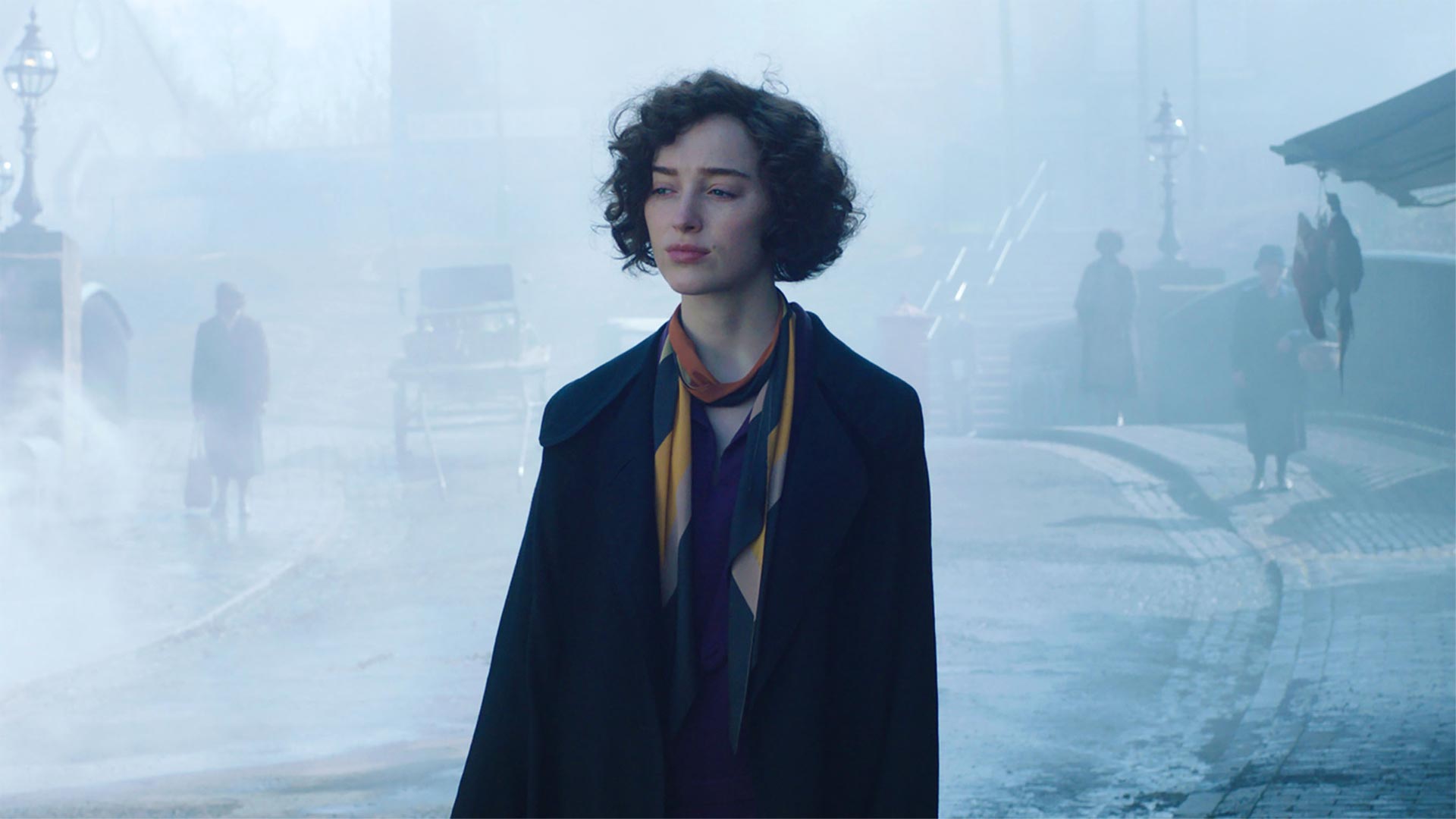 Clarice Cliff (Dynevor) is a vivacious young factory worker in the industrial British midlands of the 1920s. Her creativity and ambition drives her to move factory to factory, despite the financial impact on the household she shares with her widowed mother Ann (Kerry Fox) and youngest sister Dot (Darci Shaw). Bursting at the seams with ideas for colours and shapes, Clarice takes more and more dangerous risks – but she manages to stay one step ahead of the workhouse and impress the eccentric factory owner Colley Shorter (Goode) on the way with her talent and innovation.

Apprenticed to renowned Art Designer Fred Ridgeway (David Morrissey) and with support from Colley and other women in the factory, Clarice fights her way through to design the unprecedented Art Deco ‘Bizarre’ range. In the middle of the Great Depression, she ensures the factory’s survival and her future as one of the greatest Art Deco designers and a household name.

Caspian Films, Sky, and Creative England produce The Colour Room. The film was developed with the support of Film Cymru Wales. It is expected to arrive in cinemas this year and then on the Sky Cinema network.