TV star Porsha Williams hosted an extravagant party for her fiance Simon Guobadia. She took to Instagram to share snippets from the celebrations. 
Just a few weeks after confirming her relationship with Simon Guobadia, Porsha celebrated her boyfriend's 57th birthday with an extravaganza. The TV personality has been posting pictures with her boyfriend since the announcement. She also hosted a pre-birthday party leading up to Simon Guobadia's birthday.

Porsha Williams goes all out for Simon Guobadia's birthday party

Porsha Williams' fiance Simon Guobadia turned 57 and she took to Instagram to share snippets from the birthday party. In the picture, Simon can be seen standing next to the two cakes. One cake was shaped like a box of cigars with a few cigar-shaped cakes figurines in it, whereas the other one was a two-layered black and white cake with golden foil patches. Porsha and a friend's reflection can be seen in the mirror behind Simon.

She also posted a series of Instagram stories that gave a glimpse of how Simon's birthday was spent. The short videos showed Simon, Porsha and their kids by a swimming pool, dancing to the music and cooling off in the summer heat. Simon was presented with gifts for his birthday as well. The next few stories glimpsed into the dinner party which features seafood delicacies and cakes. The celebrations went on into the night with a party moving to a club. In the club, the huge LED read 'Happy Birthday Simon'.

READ | What was the problem in NFL legend Kordell Stewart's marriage to Porsha Williams? 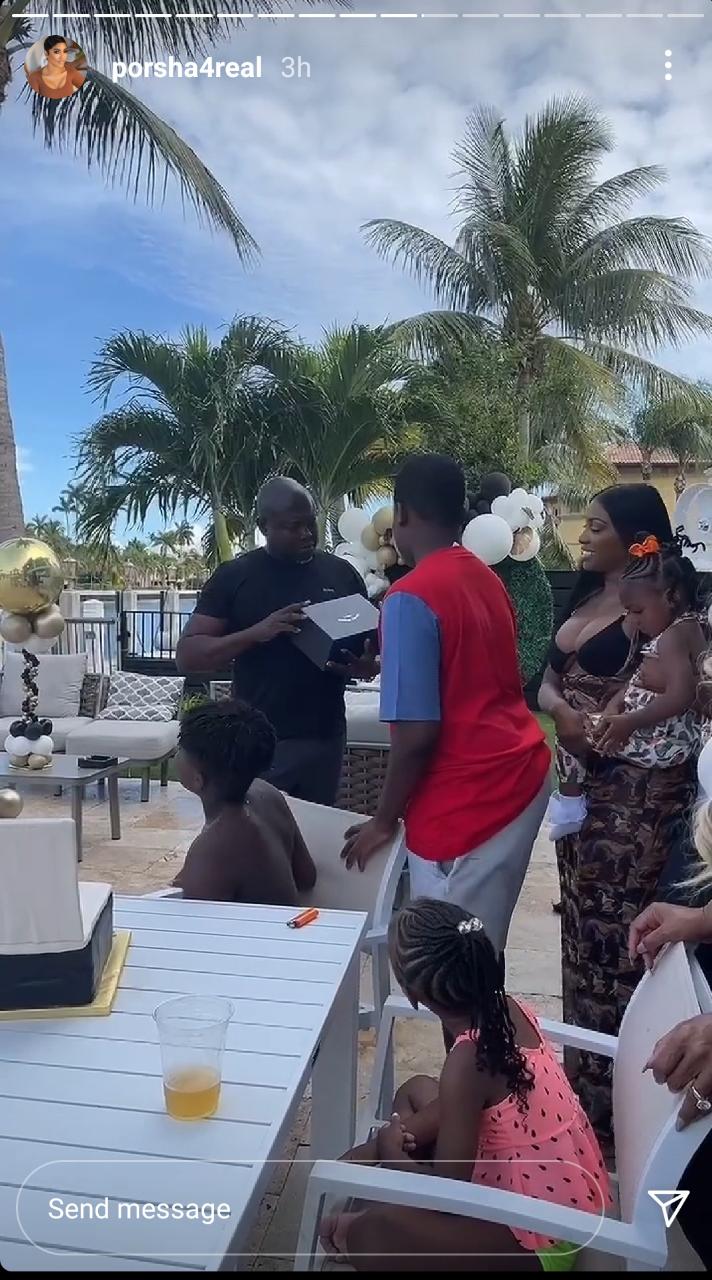 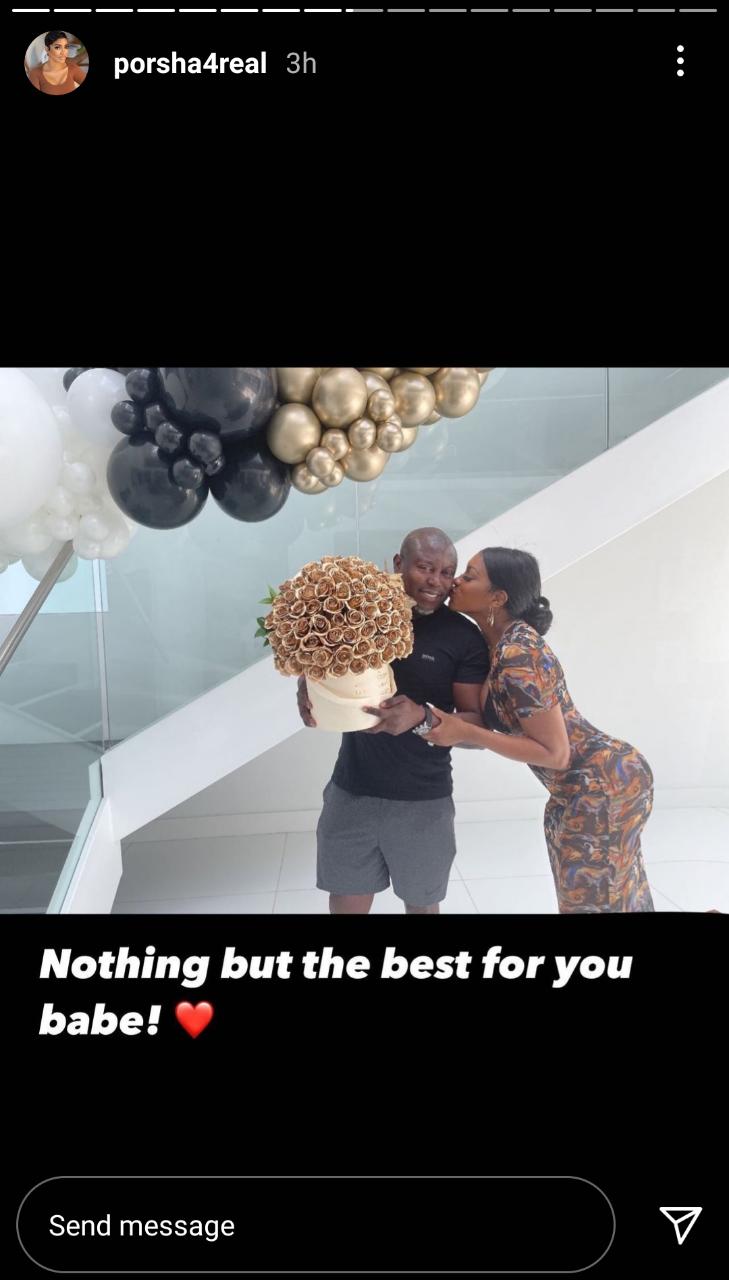 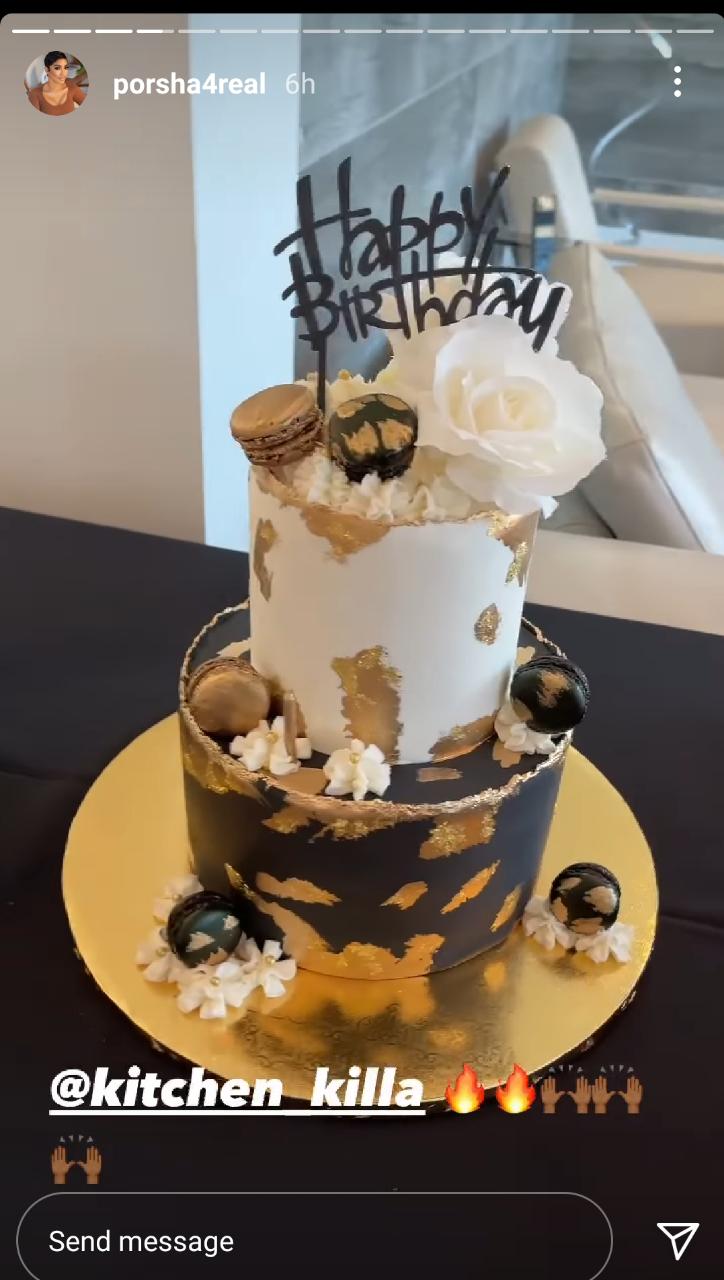 Simon too, posted an image from his birthday celebrations. He posted a photo where he and his three children at sitting at the dinner table. He thanked everyone for the wishes and said that spending his birthday with his kids makes it more meaningful.

READ | Is Porsha Williams leaving 'RHOA'? Here is what we know so far!

A look at Porsha and Simon's fast-tracked romance

Porsha confirmed her relationship with Simon in May 2021. The news came a month after Simon and his ex-wife Falynn announced their split after two years of marriage. Simon and Porsha got engaged quickly after dating for a short while. Falynn is Porsha's co-star from the show The Real Housewives of Atlanta. Just a few days ago, Porsha mentioned that she got her fiance's name tattooed on her neck. Porsha was previously married to Kordell Stewart from 2011 to 2013.