Powerpuff Girls is getting a live-action series on the CW and the maker has now revealed the first look at the three lead teenage superheroes. Check it out.


The Powerpuff Girls is a popular superhero animated series from the late 90s. It is being adapted into a live-action series at the CW. The shooting of the show has recently commenced with leak photos exciting the fans. Now, the makers have shared an official first look of the three super girls who are now grown-ups.

Powerpuff Girls Pilot casts Chloe Bennet, Dove Cameron, and Yana Perrault as Blossom, Bubbles, and Buttercup, respectively. The CW has dropped their first look from the series. They are seen in their iconic colours blue, pink and green. They used to be America’s pint-sized superheroes. Now they are disillusioned twenty-somethings who resent having lost their childhood to crimefighting. Will they agree to reunite now that the world needs them more than ever? Check out the image of the teen turned adult trio. 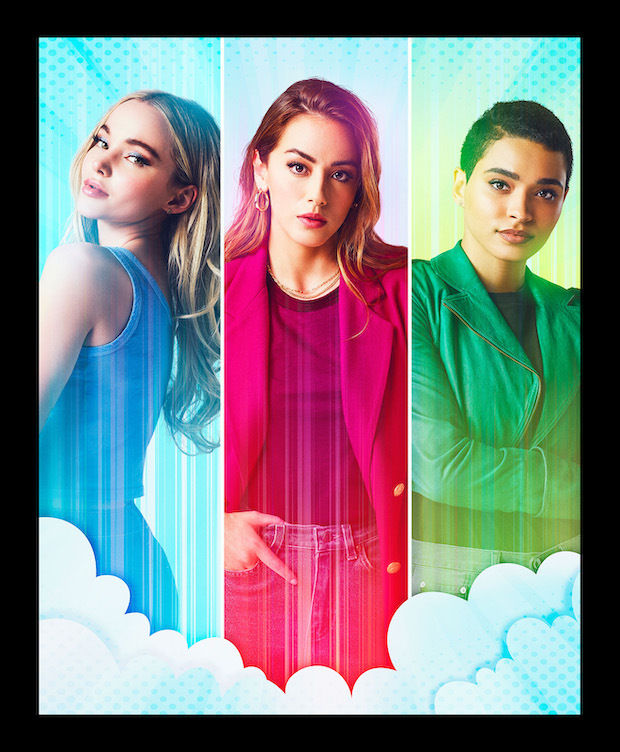 Blossom (Chloe Bennet) was a spunky, conscientious, Little-Miss-Perfect child who holds several advanced degrees, but her repressed kiddie-superhero trauma has left her feeling anxious and reclusive, and she aims to become a leader again — this time on her own terms.

Bubbles (Dove Cameron) had a sweet-girl disposition that won America’s hearts as a child. She still sparkles as an adult, but her charming exterior belies an unexpected toughness and wit. She’s initially more interested in recapturing her fame than saving the world, but she just might surprise us and herself.

Buttercup (Yana Perrault) was the rebellious badass of The Powerpuff Girls in its heyday. More sensitive than her tough exterior suggests, she has spent her adulthood trying to shed her Powerpuff Girl identity and live an anonymous life.

The Powerpuff Girls pilot cast includes Donald Faison as Professor Drake Utonium, Nicolas Podany as Mojo Jojo, Robyn Lively as Sara Bellum, and Tom Kenny as narrator, reprising his role from the 1998 and 2016 animated series. It will be directed by Maggie Kiley and is written by Diablo Cody and Heather Regnier. The show is bankrolled by Berlanti Productions and Vita Vera Films in association with Warner Bros. Television.

Diablo Cody will executively produce with Greg Berlanti, Sarah Schechter, David Madden, and Maggie Kiley. Erika Kennair will serve as one of the producers. The premiere date and more details about the show will be revealed soon.

READ | Cast of 'Powerpuff Girls' Live Action: Know the details of the cast and their characters