Prince Harry in the docuseries The Me You Can't See made various shocking revelations. Here is the list of 5 revelations that he made. Check it out. 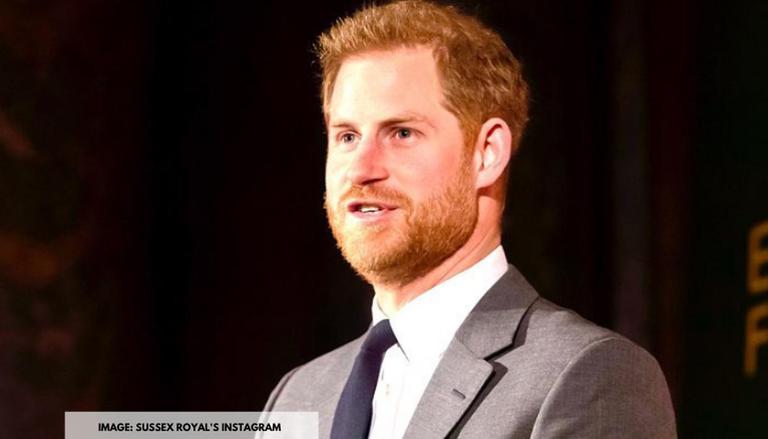 
Prince Harry recently made his appearance on mental health docuseries The Me You Can't See. The Apple TV+ series is co-produced by him and Oprah Winfrey. The show that premiered on Friday saw Duke of Sussex share stories about the Royal family and how they did not bother about the struggles of his wife Meghan Markle. He also made shocking revelations about his past and his parents. Check out the 5 revelations made by the Duke.

Prince Harry makes shocking revelations on The Me You Can't See

Prince Harry has been outspoken about the things he has suffered after his mother's death. While talking to the host, he revealed that he abused drugs and alcohol to numb the pain after losing Diana. He told Oprah that he was willing to drink and take drugs. He was willing to try and do the things that lessened his pain of losing his mother. He would drink a week's worth of alcohol in a day on Friday or Saturday night. He would find himself drinking not because he was enjoying it but to mask something.

A post shared by Lady Diana, Princess of Wales (@lady.diana._)

In the docuseries, he talked about walking behind his mother's coffin through the streets of London along with his father and brother. He revealed that the thing he remembers the most was the sound of the horses' hooves going along the Mall. While walking, Duke expressed that he felt like he was outside his body, just walking along and doing what was expected out of him. He displayed one-tenth of his emotions.

READ | Prince Harry opens up on mum Diana's 1995 interview; says she lost her life because of it

He recalled the time when he was sitting at the back of his mother's car and saw her crying as she was pursued by the photographers. Talking about this he said that one of the feelings that he feels is helplessness. He continued and said that being a guy that too young to help a woman, in his case it was his mother and that he felt the emotion every single day.

He suffered from anxiety in his early 20s

The Duke expressed that he has buried his feelings for so long that he freaks out in front of the camera. He told the host that he was so angry because of what happened to his mother Diana and how there is no justice at all. He continued that the same people who chased her through the tunnel also photographed her dying on the back seat of the car. He revealed that every time he sees the flash or hears the clicking of the camera, his blood boils. All of this takes him back to what happened to his mother and what he experienced as a kid.

A post shared by Lady Diana, Princess of Wales (@lady.diana._)

He talked about how the Royal family lacks empathy

Talking about his family, Prince revealed that the British Royal family did not bother about Meghan Markle's mental health struggles. He thought his family would help but every time he asked or requested, all of it would be met with total silence or total negligence. At a young age, his father told him and his brother William that it was like that for him so it will be the same for them. To which, Prince told Oprah that just because he suffered, doesn't mean his children has to go through the same. He continued that it should be the opposite that if you have suffered, one should do everything to make things right for their kids.

Prince Harry and Meghan Markle left the Royal family in January 2020 to relocate to California. While talking to the host, the Duke revealed that his wife taught him the importance of mental health which is why he decided to take therapies. He knew that if he didn't go to therapy and fix himself, he was going to lose the woman with whom he could see spending the rest of his life. Earlier, Prince Harry has talked about how his mother's death has created fear in him about losing his wife.

A post shared by The Duke and Duchess of Sussex (@sussexroyal)