Priyanka Chopra At Billboards To Kylie Jenner's Relationship Rumours: Recap Of The Day 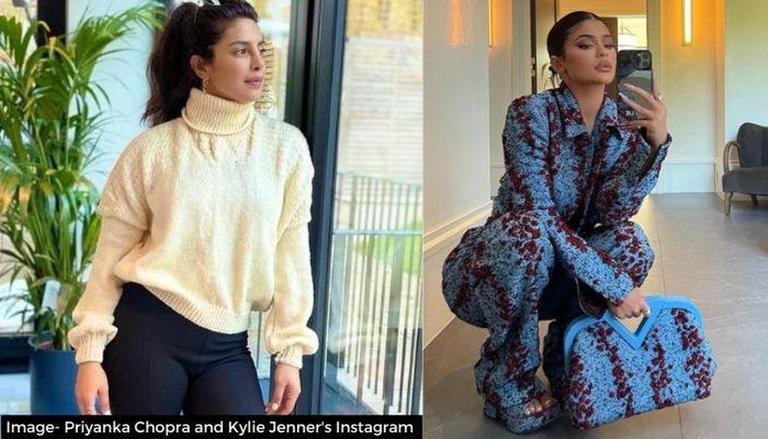 
Several events took place today in Hollywood. From Priyanka Chopra presenting at the Billboards instead of her husband Nick Jonas to Kylie Jenner clearing the air about her open relationship rumours, many events made headlines on May 22, 2021. Read further ahead to see this entertainment news recap for the day.

Priyanka Chopra is going to fill in for her husband at the upcoming Billboard Awards as a presenter. Nick has sustained serious injuries while working on a secret project. He revealed that he was involved in a bike accident and that caused him injuries. He has cracked his rib and is suffering from a few bruises and bumps.

The 23-year-old makeup mogul took to her Twitter handle to clear the air about her relationship status with Travis Scott. In the tweet, she attached a new article that claimed that Kylie Jenner and Travis Scott are in an open relationship. Along with it she wrote, "you guys really just make up anything." She also wrote a follow-up tweet, "i’m not discrediting anyone who is in an open relationship but it’s just careless and disrespectful to throw this narrative out there without knowing what’s true."

READ | 'Who Killed Sara' season 2: How many episodes are there in the show's second season?

you guys really just make up anything. pic.twitter.com/Q0LPxgiRGg

i’m not discrediting anyone who is in an open relationship but it’s just careless and disrespectful to throw this narrative out there without knowing what’s true.

In an Instagram post, the Vampire Diaries star Ian Somerhalder revealed that his wife Nikki Reed 'worked selflessly' for two years to get him out of a bad business deal he had made before they had gotten together. He went on to write that he had invested a lot of money in the company but due to 'fraudulent activities within the company, he suffered heavy losses. He had to be hospitalised twice because he was under too much pressure. He also revealed that his wife put together a team to help him.

Rangers of the New Republic, a new show of the Star Wars franchise has been stalled from production. The reason behind the halt has not been announced yet and it unclear whether it will be shot again. Lucasfilm president Kathleen Kennedy had announced this show last year at the Disney Investor Day 2020.

Danny Masterson's case has gone to trial on the charges that he raped three women 20 years ago. The three women have testified against him at the preliminary hearing that was scheduled on May 18. If he is convicted of the crime he will have to serve a prison sentence of 45 years.