Taking a break from his globetrotting events, singer Nick Jonas along with wife Priyanka Chopra spent their Saturday afternoon at a golf course with friends. 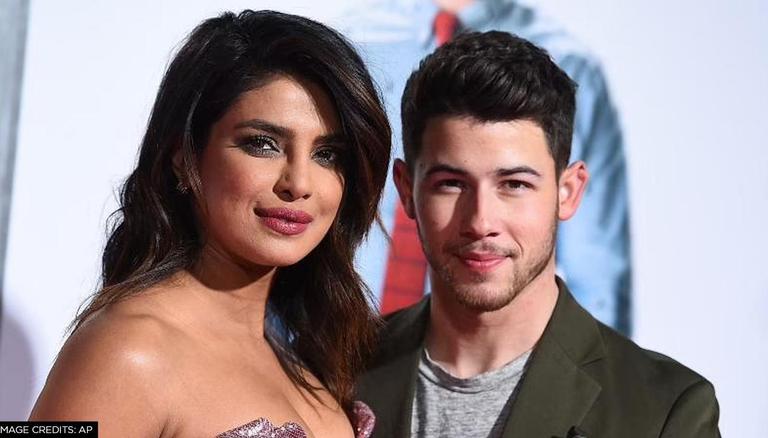 
Taking a break from his globetrotting events, singer Nick Jonas along with wife Priyanka Chopra spent their Saturday afternoon at a golf course with their friends. Priyanka took to her Instagram stories and shared a picture from the game while thanking their friends for an amazing afternoon together. In the picture, both - Nick and Priyanka - can be seen posing with their friends in their golf attire.

In the picture, Nick Jonas is seen wearing a white polo shirt with a black collar, paired with black shorts while Priyanka complimented her husband with the same colour combination. Sharing the sweet memory, Priyanka wrote, “What a fun day @chartytwothumbs and that hole in one @johnlloydtaylor[sic]". 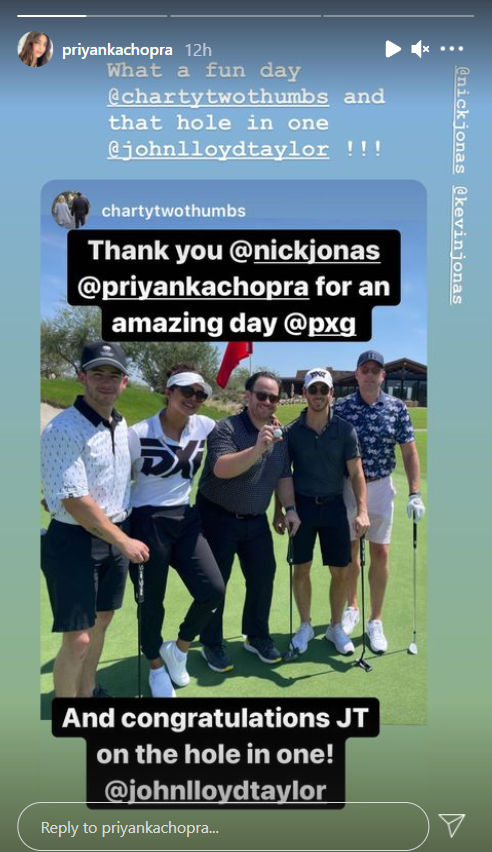 Earlier, the Sky Is Pink actor attended the Jonas Brothers concert in Idaho, Utah. She was seen cheering and swinging to the music backstage while Nick and his brothers--Joe and Kevin Jonas performed on the stage. The Jonas Brothers are currently on their Remember This tour, their first after the pandemic began last year. They had another concert in Utah on Saturday night where they had performed for about 22,000 people. The Remember This tour is the Jonas Brothers' 11th headlining tour and is expected to conclude on October 27 with a closing show at the Hollywood Bowl.

READ | Priyanka Chopra Jonas talks about returning to work after pandemic; 'I was terrified'

Priyanka had sent a surprise customised cake for Nick, to wish him for his ongoing tour. Nick had shared a photo of the cake, and in the caption, wrote, “Thanks @priyankachopra you're the best. Wish you were here[sic]”. The cake was decorated with a photo of the Jonas Brothers and iced with ‘Congrats.’

Meanwhile, Priyanka has been living in the UK while completing her professional commitments. She returned to the US last week to be by Nick's side. She is currently filming her new show Citadel in London. Apart from this, she will also be seen in Matrix 4, a budding comedy series with Mindy Kaling, Text for You, and more. Recently, she was roped in alongside Alia Bhatt and Katrina Kaif for Farhan Akhtar’s next directorial Jee Le Zaraa.