Priyanka Chopra recently opened up about her desire to begin a family with her husband Nick Jonas in the near future. Read on to know more. 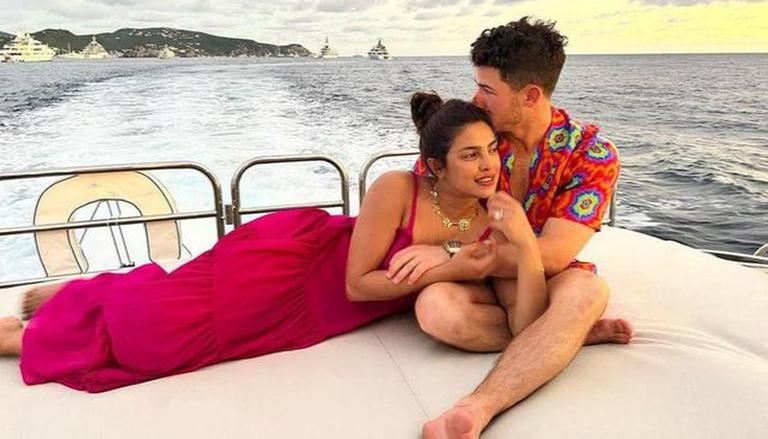 
With over 60 films to her name, actor Priyanka Chopra is not only the leading of Bollywood but also established herself as one of the biggest names in Hollywood. From her flourishing career to her blissful marriage with American singer Nick Jonas, the actor seemed to be looking forward to new beginnings in her life as she recently opened up about growing her family in near future. Check out what the Citadel star has to say about parenthood in future.

In an interview with Vanity Fair, the 39-year-old actor admitted that kids were a 'big part' of her and her husband Nick Jonas' desire. However, she also believed that it will happen by 'god's grace' by saying, ''They’re a big part of our desire for the future. By God’s grace, when it happens, it happens.”

The actor seemed to be enjoying a packed schedule with multiple projects lined up under her belt. Her recent release was The Matrix Resurrections where she played the role of Sati as the actor is also gearing up for ventures like Citadel, Text For You, Cowboy Ninja Viking and the Bollywood passion project Jee Le Zara with Katrina Kaif and Alia Bhatt. On the other hand, her husband Nick Jonas is enjoying taking the music industry by storm with his band, Jonas Brothers.

After being pointed that during the Vanity Fair interview that their lives might slow down after having kids, Chopra had an optimistic response to the same as she said, ''I’m okay with that. We’re both okay with that.''

Earlier, the actor had joked about having kids during the comedy special Jonas Brothers Family Roast on Netflix which premiered in November last year. During her segment, the actor began by saying, ''We are expecting…'' and completed her roast by saying, ''To get drunk tonight and sleep in tomorrow''. Recently, she took to her Instagram to share pictures from her New Year celebration with her husband and friends by writing, ''Photo dump* So grateful for family and friends. Here’s to celebrating life. #2022 #happynewyear.''

While the fans will have to wait for a little longer to hear the major news from the couple, they can look forward to Priyanka Chopra's big moves in Hollywood one venture at a time.