Priyanka Chopra Opens Up About Her In-laws, Says They Are 'deep-rooted' & 'understanding'

While Priyanka Chopra had often talked about her in-laws being lovely and accepting,  she recently revealed one of the traits she loves about her husband, Nick. 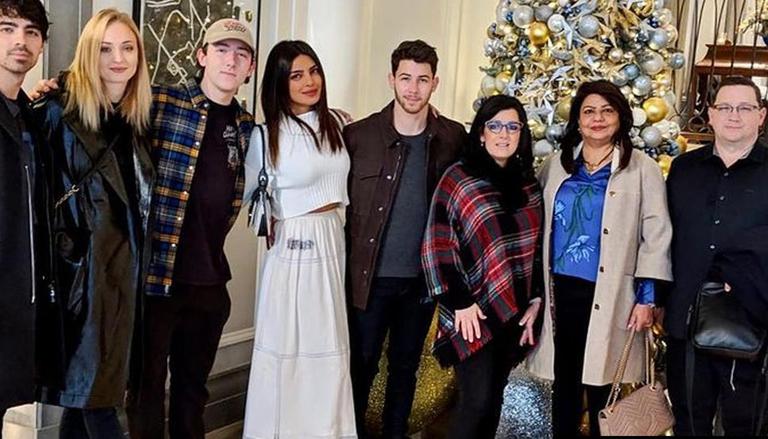 
Defying their background differences, Priyanka Chopra and Nick Jonas have set major couple goals globally. While they may have cultural differences, one thing common between the two is their family size as both of them have gigantic families.

On Victoria Secrets' VS Voices podcast, Priyanka Chopra was asked if her husband, Nick Jonas understands the change it is for Indian women to settle abroad as compared to the experience it is for a white man living in the US, to which, the Quantico actor revealed Nick Jonas was aware of it even before they had met. She stated the reason behind it and said Nick and his family are deep-rooted and come from service, due to which he is a very giving person. Priyanka further shared one trait she loves about her husband is his understanding of people. She said her husband has an understanding and acceptance of all kinds of people in the world.

Further in the podcast, Priyanka Chopra added that she believes it is good that she and her husband were raised in different parts of the world with their own beliefs and values. The two were unaware of each other's careers because they were busy building their own. She did not know much about Jonas Brothers, and neither did Nick Jonas know about her, which became interesting when they got together and started understanding each other's cultures. The Sky Is Pink actor further shared how she and her husband have had two decades of public life, and it was lovely when they got to know about it.

Priyanka Chopra on her bonding with her in-laws

Earlier in an interview with Marie Claire, Priyanka Chopra talked about her bond with Nick Jonas' parents and brothers. The actor revealed how despite staying a few yards away from Joe Jonas and Sophie Turner, she and Nick never get to meet them much due to their busy schedules. However, whenever they meet, it is an enormous affair with their entire family sitting down together.

READ | Priyanka Chopra opens up about Nick Jonas' Hindu beliefs: 'He asks me to do puja'

Priyanka Chopra and Nick Jonas tied the knot in an intimate three-day wedding in India. The couple had both a white wedding and a Hindu ceremony in the presence of their close family and friends. Since then, Priyanka has often spent time with her in-laws. From playing Holi to dinner parties, the actor had seemingly formed a strong bond with the Jonas family.

READ | Priyanka Chopra was criticised for her bodily changes during 30s; 'was eating my emotions'