Priyanka Chopra recently celebrated her birthday and wishes poured in for her from fans, followers and friends from the Bollywood film industry. 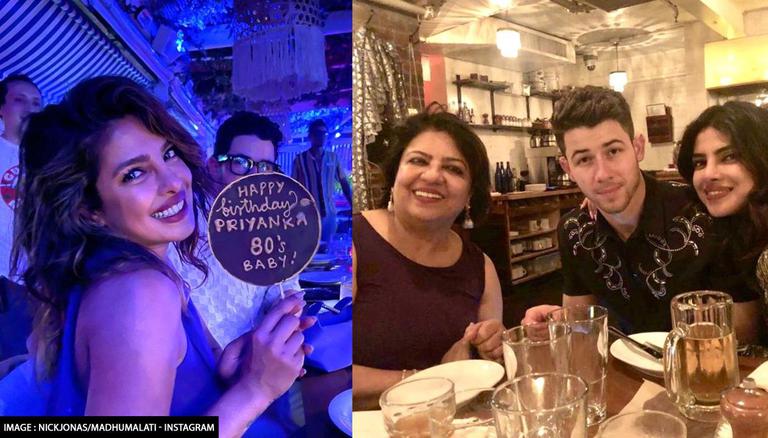 
Popular actor Priyanka Chopra recently celebrated her birthday and wishes poured in for her from fans, followers and friends from the Bollywood film industry. The actor celebrated her special day with her close friends and family, including her mom Madhu Chopra and her husband, Nick Jonas.

A clip of the duo grooving together has now surfaced online, giving fans a glimpse into the much-loved actor's 40th birthday bash.

Priyanka Chopra celebrated her 40th birthday surrounded by friends and family and a video from the fun night has now surfaced online. In the clip, a Mariachi band is seen performing for the attendees, as they sit in a circle outdoors by a pool and listening to them. Nick Jonas is seen with Madhu Chopra, as the duo grooves in the centre of the circle.

READ | When Priyanka Chopra spoke about testing times after her father's death; 'was very angry'

Priyanka Chopra is spotted in an orange dress as she records the video, Nick is also seen stretching his hand out to her and asking her to dance. The video also features other attendees at the party including Natasha Poonawalla, Nick's parents, brother Kevin and Denise Jonas and others. Several fans and followers took to the comments section and hailed the actor for spending quality time with her family.

The popular singer took to his Instagram account on the occasion of his wife's birthday and shared a series of pictures as he extended his wishes to her. He called her the 'Jewel of July' as the first picture he shared saw the duo sharing a kiss while posing at the beach.

Nick Jonas was also seen holding up a pool towel with 'Priyanka! The Jewel of July est. 1982’ written on it. Another picture saw the much-loved couple wrapping their arms around each other as they admired the beauty of fireworks at the beach. Priyanka was also seen holding up a cake topped with 'Happy birthday Priyanka, 80s baby; written on it. The singer expressed his love for his wife on her big day as he wrote, "Happiest birthday to my jewel of July. So honoured to be on this crazy ride called life with you. I love you."