Reese Witherspoon's upcoming Netflix movie, 'Your Place or Mine' gets other prominent artists namely Jesse Williams, Tig Notaro and others on board. 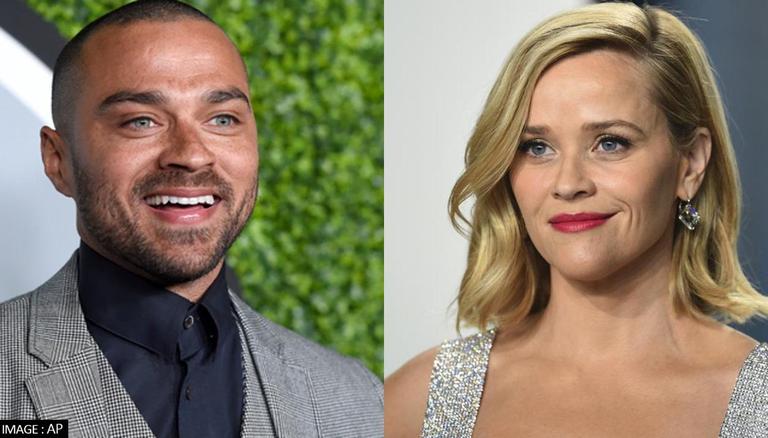 
As the makers announced the Netflix movie, Your Place or Mine, featuring Reese Witherspoon and Ashton Kutcher, they recently revealed the other prominent artists who will be joining the cast of the film.  Netflix’s upcoming romantic comedy, Your Place or Mine is being written and directed by Aline Brosh McKenna who recently released a statement welcoming the new actors on board. According to the reports by Variety, the makers of Reese Witherspoon and Ashton Kutcher starrer, Your Place or Mine announced the names of the new artist who joined the cast of Netflix’s romantic comedy movie. It was revealed that Jesse Williams, Zoë Chao, Steve Zahn, Tig Notaro and Wesley Kimmel have come on board alongside Reese and Kutcher.

In a recent statement, Writer-director, Aline Brosh McKenna welcomed the artists to the film and mentioned that they were supremely brilliant and talented. The statement read, “Our entire ‘Your Place or Mine’ team is thrilled to welcome these wonderful actors to the movie. They are supremely brilliant and talented and we can’t wait to embark on this journey with them.”

Reese Witherspoon and Ashton Kutcher will be seen essaying the role of best friends, Debbie and Peter, who are completely opposite to each other. It will also depict how they will swap their lives for a week and will realise that they do not really want the things that they think they need. The movie will be backed by former Disney executives Kevin Mayer and Tom Staggs with Reese Witherspoon bankrolling the first project under her banner, Hello Sunshine.

As Reese Witherspoon recently began shooting for the film, she took to her Instagram handle and shared behind the scenes glimpses from the sets of the film. In the first picture, she can be seen sporting a printed top with blue jeans and a blue jacket while waking on the road. In the next two ones, she clicked pictures with the cast and crew of the film. Take a look-

Apart from this, Witherspoon is also gearing up for the release of her other upcoming movies namely Sing 2, Where The Crawdads Sing and Legally Blonde 3 that are likely to release in the upcoming years. She was last seen alongside Jennifer Aniston in The Morning Show and also made a cameo on the Friends: Reunion.

READ | Ashton Kutcher & Reese Witherspoon to star in upcoming Netflix movie, 'Your Place or Mine'

WE RECOMMEND
Reese Witherspoon reminisces about 'The Man in the Moon' as it clocks 30 years
Reese Witherspoon begins shooting for Netflix movie 'Your Place or Mine', shares pic
Netflix partners with Howard Uni to create $5.4MN scholarships honouring Chadwick Boseman
'Squid Game': Korean speaker calls out Netflix series for ‘botched’ English subtitles
Netflix launches two new features for Android users: 'Play Something and Fast Laughs'
Listen to the latest songs, only on JioSaavn.com