The Reminiscence trailer is finally out revealing many interesting things about the upcoming film. Read the full article below to know more about the movie - 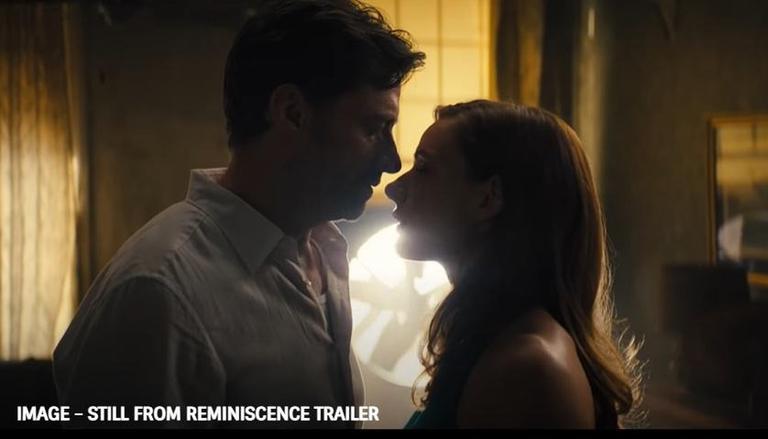 
The first trailer for Reminiscence featuring Hugh Jackman is finally out. The trailer shows Jackman playing "a private investigator of the mind". The trailer introduces a futuristic setting for the film: a world affected by global warming. According to the trailer, the coast of Miami is largely underwater due to the problems caused by climate change.

Warner Bros. released the trailer for Reminiscence, an original sci-fi thriller, just yesterday. The film has been written and directed by HBO's Westworld co-creator Lisa Joy, making her feature debut. Hugh Jackman in Reminiscence's trailer can also be heard narrating.

More about the Reminiscence trailer

Hugh Jackman plays Nick Bannister, a private investigator who uses advanced technology to allow his clients to access lost memories. Moving further, the trailer then shows actress Rebecca Ferguson as Mae, a mysterious client who abruptly vanishes. Having peered inside her mind, Bannister then sets out to solve the mystery of Mae’s disappearance, leading him into a vast and violent conspiracy.

Information about the Reminiscence cast, plot and more

The Reminiscence release date was originally set for April 16, 2021, however, it was delayed to September 3 after Warner Bros. rearranged its release schedule in response to the ongoing COVID-19 pandemic. It later moved up to August 27, 2021 to avoid having to open against Marvel Studios' upcoming Shang-Chi and the Legend of the Ten Rings, however, it was changed again. The Reminiscence release date is now set for August 20; the film will debut theatrically and will begin streaming on HBO Max for 31 days, on the same date.

The official synopsis for Reminiscence reads,

Nick Bannister, a private investigator of the mind, navigates the darkly alluring world of the past by helping his clients access lost memories. Living on the fringes of the sunken Miami coast, his life is forever changed when he takes on a new client, Mae. A simple matter of lost and found becomes a dangerous obsession. As Bannister fights to find the truth about Mae's disappearance, he uncovers a violent conspiracy, and must ultimately answer the question: how far would you go to hold on to the ones you love?