Renée Zellweger opened up about the first time she met Tom Cruise while she was auditioning for the role of Dorothy Boyd in 'Jerry Maguire'. 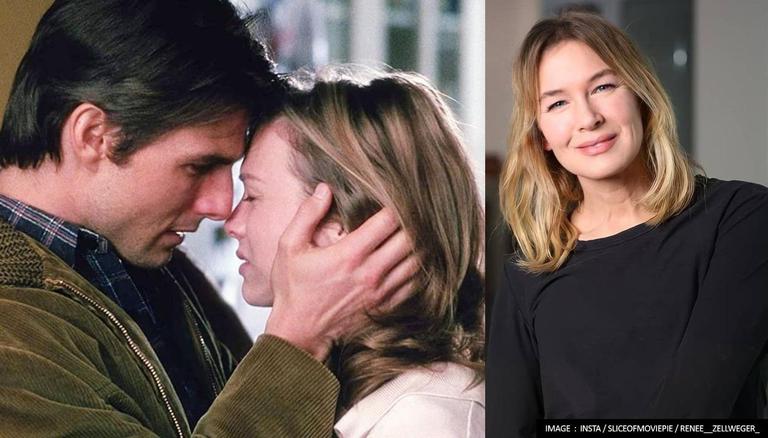 
Hollywood actor Renee Zellweger rose to fame for her portrayal of Dorothy Boyd in the 1996 sports romantic comedy film Jerry Maguire alongside Tom Cruise. Zellweger had previously only starred in a few films before she landed the role in Jerry Maguire which turned out to become her breakthrough performance. The actor recently opened up about the first time she met Tom Cruise and said it was really easy to like Tom.

As per Screenrant, in an interview segment from Role Recall in 2016 with Yahoo!, Renee Zellweger reminisced about her audition for Jerry Maguire and said that it was "hilarious" as Tom Cruise was waiting for her as she drove to the audition. The actor added that he was a major star and she was still a newcomer at the time.

She said, "You walk in the room, and the whole superstar thing of this person disappears. And the truth of who he is is right there ... He shakes your hand, looks you in the eye, [says] ‘Happy to meet you,’ and he is. And he’s curious about you and wants to get to know you. And it’s very easy to like him."

A post shared by Slice of movie pie📽🎬 (@sliceofmoviepie)

Jerry Maguire was inspired by sports agent Leigh Steinberg, who acted as a technical consultant on the crew and his client Tim McDonald during the 1993 NFL Free Agency. The film received acclaim from critics, who praised its performances and screenplay. The movie was also a commercial success and was the ninth-highest-grossing film of 1996. The film was nominated for five Academy Awards, including Best Picture and Best Actor for Tom Cruise, with Cuba Gooding Jr. winning Best Supporting Actor.

READ | BAFTAs 2020: Renee Zellweger breaks down during the show TWICE, here's why

Meanwhile, Renee Zellweger was last seen on the big screen in the biographical drama Judy based on the life of American actress Judy Garland. The film follows Garland's career during the last year of her life, when she relocated her stage career to Britain, coupled with flashbacks of her teenage years, most prominently the filming of her part as Dorothy Gale in The Wizard of Oz, Garland's most iconic role. For her portrayal of Garland, Zellweger won the Academy Award for Best Actress, as well as the Golden Globe Award, SAG Award, BAFTA Award and Critics' Choice Movie Award.

READ | Jim Carrey calls ex Renee Zellweger the 'love of his life' as he talks about relationships
READ | Ant Anstead is dating Renee Zellweger after breakup with Christina Haack: Report

WE RECOMMEND
Ant Anstead reveals he thought partner and Oscar winner Renée Zellweger was British
Jim Carrey calls ex Renee Zellweger the 'love of his life' as he talks about relationships
Salma Hayek thanked Renée Zellweger for lending her a dress for the Oscars
If you loved Jim Carrey's 'Eternal Sunshine of the Spotless Mind', watch these films next
Remember when Jim Carrey was told he had only 10 minutes to live? THIS is how he reacted
Listen to the latest songs, only on JioSaavn.com