Ridley Scott, the director of the 2000 historical movie 'Gladiator' said that it would be 'stupid' if he passed down the offer to direct 'Gladiator 2' 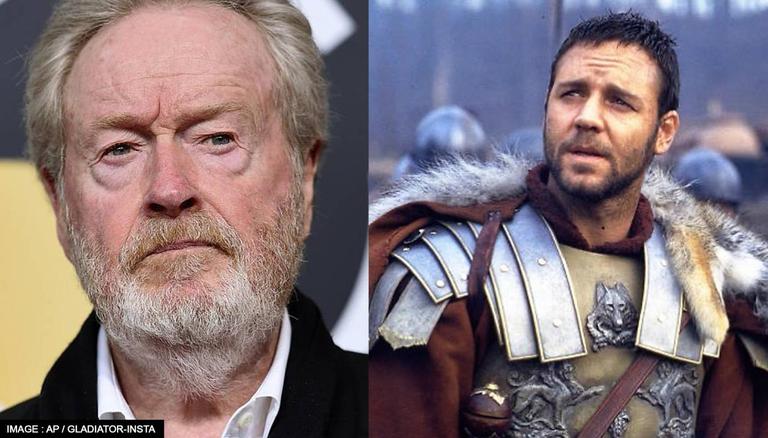 
The Director of the critically acclaimed epic historical film Gladiator, Ridley Scott, claimed that it would be stupid if he turned down the offer to direct the movie's much-awaited sequel. Starring Russell Crowe as the iconic character of Maximus Decimus Meridius, the historical epic received widespread acclaim upon release. Fans of the movie have been waiting for an update about the sequel of the movie that was first announced in 2018. Scott had earlier revealed that the script of Gladiator 2 was in the works.

Filmmaker Ridley Scott in an interview with The Zoey Ball Breakfast Show, said that it would be stupid if he passed down an offer to direct the sequel to one of greatest films. He said, "How could I not do that? It would be critically stupid of me not to do that, wouldn’t it." As per ScreenRant, Scott had earlier revealed that the script for Gladiator 2 was fully in the development and stated that the sequel would be 'ready to go' once his current work on Kitbag concluded.

Gladiator was released back in 2000 and featured an ensemble cast including various actors like Russell Crowe, Joaquin Phoenix, Connie Nielsen, Ralf Möller, Oliver Reed, Djimon Hounsou, Derek Jacobi, John Shrapnel, and Richard Harris. Crowe plays the role of a Roman general, Maximus Decimus Meridius, who is deceived when Commodus played by Joaquin Phoenix, the ambitious son of Emperor Marcus Aurelius, murders his father and seizes the throne. Commodus murders Maximus' family after he defies him and thus sets Maximus on a road to vengeance.

The movie reportedly grossed over $457 million worldwide and was the second highest-grossing film of 2000 won multiple awards, including five at the 73rd Academy Awards including Best Picture, Best Actor for Crowe, Best Costume Design, Best Sound and Best Visual Effects and four BAFTA Awards. Fans of the franchise have been quite curious about how Russell Crowe's character would be introduced in the sequel as he was shown to be dead in the original movie. Ridley Scott has been tight-lipped about any further updates regarding the cast and story of Gladiator 2.