Recently, Ryan Reynolds took to his Instagram to wish his wife Blake Lively on her 35th birthday. He also shared several loved-up pictures with the latter. 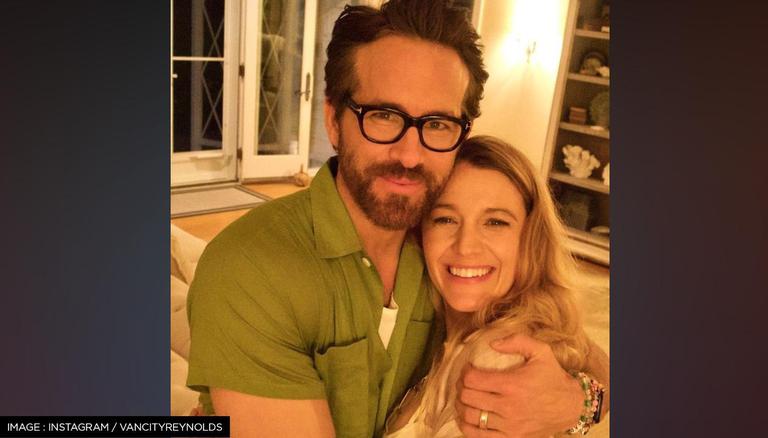 
Ryan Reynolds and Blake Lively are one of Hollywood's most loved power couples. From making red carpet appearances together to giving shout-outs to each other's upcoming projects, the duo leaves no stones unturned in dishing out some major couple goals for their fans.

Recently, Ryan Reynolds took to his official Instagram handle to wish Blake Lively on her 35th birthday. Ryan shared several loved-up pictures with his wife that also included sweet selfies of the couple, while others showcased some goofy moments of Blake. One of the photos featured Blake's face covered with a leafy vegetable while the other perfectly captured the Green Lantern actor's Met Gala appearance.

Sharing the pictures, Ryan penned a sweet note. The Deadpool actor wrote in the caption, "Happy Birthday, @blakelively. You’re spectacular. I’m not sure if you were born or invented. Also, thank you for urging me to leave the house every now and again."

Blake Lively stuns in a white Bikini ahead of her birthday

Blake Lively is currently vacationing with her husband Ryan Reynolds in Wales, UK. Ahead of her birthday, the Gossip Girl star treated her fans with a stunning picture of her posing by the poolside. In the picture, Blake is seen flaunting her fit physique while donning a white bikini, which had a short-sleeved top and matching bottoms. Sharing the photos, Blake wrote in the caption, "summer lovin'... had me a blast. "

For the unversed, Blake Lively and Ryan Reynolds have been with each other for a long time. They are all set to celebrate their 10th wedding anniversary next month. The duo met on the sets of Green Lantern. Soon after their first meeting, the couple started dating before tying the knot in September 2012. Blake Lively and Ryan Reynolds are parents to their three girls - James, 7, Inez, 5 and Betty, 2.