Salma Hayek recently appeared on the Ellen Show and recalled a very funny story about her pet owl and Harry Styles. See the full article below - 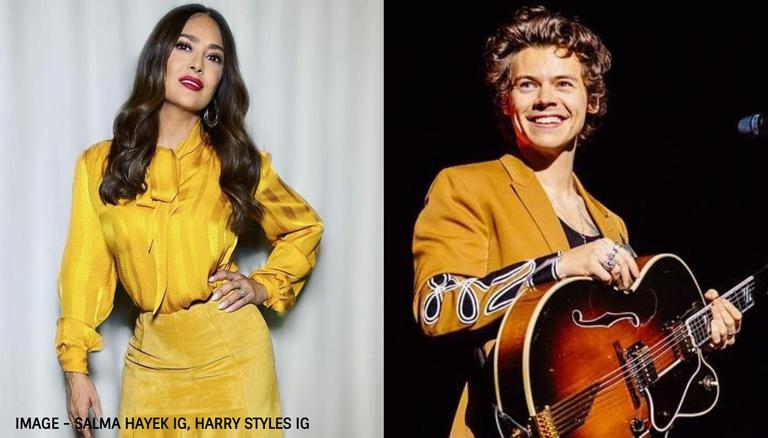 
While Harry Styles can pull off almost any look in the world, a "dead rat" may just be too much! Mexican-American actress, Salma Hayek recently revealed a hilarious story featuring Harry Styles' hair and her pet owl, Kering.

Salma has often talked about the vast number of pets she owns. In an interview with Graham Norton a few years ago, the actress revealed that she was up to "30 pets" which ranged from dogs to alpacas and horses.

According to People Magazine, Salma Hayek became the proud mom of an owl named Kering, whom she met around two years ago after responding to an advertisement about rescue owls. Hayek eventually decided to adopt Kering, a southern white-faced owl, after researching what was required to take care of it. The actress recently shared a hilarious story about her pet owl and Harry Styles.

In a preview of Tuesday's episode of The Ellen DeGeneres Show, Hayek recalled the hilarious moment when her pet owl, Kering, stood on top  One Direction pop star and decorated his hair with another creatures remains. While telling the story, Hayek initially decided to keep mum about which celebrity she was talking about.

Hayek can be seen recalling the incident on the show saying:

One time there was a very important celebrity, I will not say his name, he was really excited about the owl and was hoping that the owl would go on his head because it was on me. The minute he least expected it, [Kering landed] on his head.... and this thing came out, this ball of rat hair was on his head.

Salma Hayek then seemed to assure Ellen DeGeneres that the guest this happened with was okay and that he "didn't scream". She also explained how the guest understood that this kind of thing "happens sometimes when you have guests" in a home consisting of feathered friends. However, Ellen wasn't one to let the story just slide.

The talk-show host probed Hayek in an attempt to get her to reveal the celebrity's identity, who eventually caved and revealed that it was Harry Styles' hair which received the hilarious welcome from her pet. However, the actress stressed that Styles was "super cool" about the accident and very understanding.

WE RECOMMEND
Salma Hayek promotes 'The Hitman's Wife’s Bodyguard' by dancing on a Britney Spears' song
'The Eternals': Salma Hayek initially couldn't believe she was going to play a superhero
Salma Hayek gets Ryan Reynolds out of "official sabbatical" in 'Hitman’s Wife’s Bodyguard'
Salma Hayek recalls her experience with Harvey Weinstein during the shooting of 'Frida'
Salma Hayek compliments Lady Gaga's commitment on the sets of 'House of Gucci'