On June 21, 2021, during her appearance on Late Night With Seth Meyers, Salma Hayek opened up about her daughter, Valentina's positive reaction to her film. 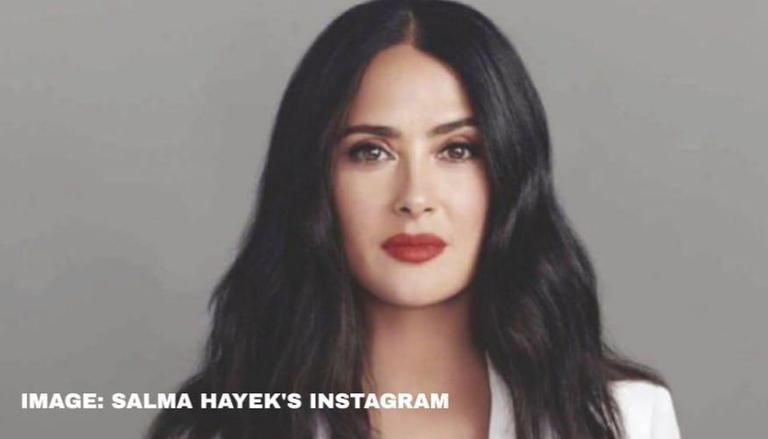 
On June 21, 2021, during her appearance on Late Night With Seth Meyers, Salma Hayek opened up about her daughter, Valentina's positive reaction to catching her mom's new "raunchy" flick, Hitman's Wife's Bodyguard. She revealed that her daughter was "quite impressed" with her performance. Salma said that she was '"really nervous and embarrassed" for Valentina to watch the film.

Salma Hayek shared, "(She was like), ‘I was quite impressed with that'. ‘This is really raunchy, like really raunchy'". The star mom pointed out the vulgar script and sexual references throughout and said, "She’s like, ”Oh, I’m sure there’s nothing in there I haven’t heard or seen'". Salma revealed since she knew what her child would walk into, she had warned Valentina not to bring her friends. She said, "'I’m really going to embarrass you,'” the Frida actress remembered. “And she’s like, “‘You embarrass me all the time, every day, so what’s going to be different?'".

When Salma's 13-year-old daughter finally saw the film, she said, "She never wants to see my stuff, but she insisted on watching this one and going with her friends". Salma said that she is relieved because everyone "loved" watching it. She chipped in, "'(Valentina) says, ”Mom, I understand it’s not you, it’s not you, it’s the character'". Sharing the story with the host, Seth, the actor marvelled at seeing how her daughter is becoming while growing up. She laughed and said, "(She’s) 13 going on 18".

Salma Hayek shares her daughter with her hubby, François-Henri Pinault. The couple keeps their relationship quite private. Salma has never officially opened up about how the duo met. They announced their engagement in the year 2007. They welcomed their beloved daughter one year later and they tied the knot in the year 2009. Furthermore, on the work front, the list of popular Salma Hayek movies includes From Dusk till Dawn, The Velocity of Gary, Wild Wild West, Chain of Fools, Bandidas, The Pirates! In an Adventure with Scientists! among others. Salma Hayek's latest movies releasing in 2021 are Eternals and House of Gucci.

READ | Salma Hayek "teared up" when she wrapped up 'Eternals' shoot; here's why
READ | Ryan Reynolds says there's nothing he 'won't sacrifice for Salma Hayek', here's why

WE RECOMMEND
Salma Hayek recalls hilarious story about what her pet owl did to Harry Styles' hair
Salma Hayek "teared up" when she wrapped up 'Eternals' shoot; here's why
Salma Hayek shares how she prepped to use foul language in The Hitman's Wife's Bodyguard
Harry Styles to join 'Eternals'? Salma Hayek drops a subtle hint
Salma Hayek gets Ryan Reynolds out of "official sabbatical" in 'Hitman’s Wife’s Bodyguard'