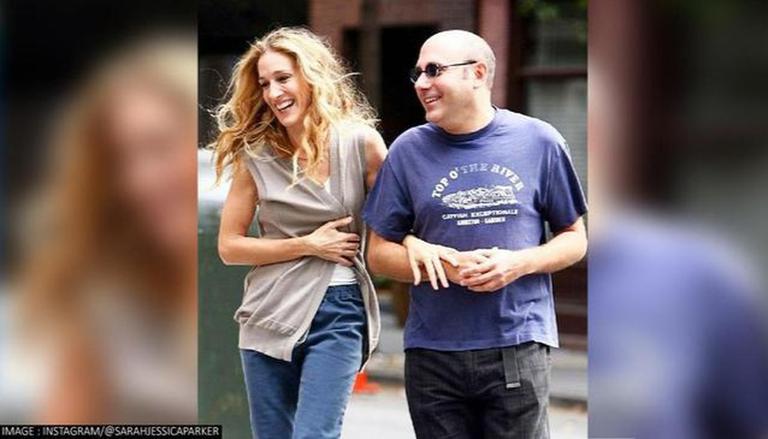 
Sarah Jessica Parker recently spoke about late Willie Garson's cancer battle, noting that she felt responsible for his health and well being on the sets of HBO Max reboot And Just Like That...Garson passed away earlier this year due to pancreatic cancer at the age of 57. In a conversation with Vulture, SJP spoke about the time when she first learned of his diagnosis and how she cared for him on the sets.

She quipped that she knew about his cancer battle much before they started shooting, and she honoured Willie's request to keep this revelation confidential. Garson graced the famous show Sex and the City as Stanford Blatch, who was Carrie Bradshaw's (Sarah) male best friend. Parker and Willie Garson were close friends long before appearing on the HBO series, which spanned over six seasons till 2004.

According to People, Parker quipped that it was 'fraught' for her to know that Garson was sick with the 'particular, terrifying diagnosis'. She mentioned that although they were a vaccine mandated show, the actors had to share the screen with a lot of background players, which in turn raised her concerns about 'Willie staying as healthy as he could'.

SJP said that she couldn't talk about his diagnosis to anyone, and felt solely responsible for his health and well being on the sets. Parker quipped that she'd talk to him whenever there was downtime. Shedding praises on him, she quipped that he was a 'raconteur, a famously gifted storyteller', who had the magic of narrating the same thing with a unique essence every time. According to the actor, Garson was 'terrifically good at documenting his life' and sharing it with others.

READ | Sarah Jessica Parker pays tribute to Willie Garson; 'Will miss everything about you'

Recalling the day she learnt about his diagnosis, Sarah said it was "particularly difficult" considering that they were filming the 'funeral episode' at that time. 'That day was excruciating', she quipped and mentioned that he really wanted to complete the entire season. Sarah said that Willie was to have a pertinent storyline in the upcoming reboot, 'more so than ever', which made her ardently hope that he gets to finish this season.

READ | 'Sex and the City' revival: Sarah Jessica Parker kisses someone other than Chris Noth?