Scarlett Johansson Opens Up About Black Widow Controversy; Says 'standup For Yourself'

Scarlett Johansson recently looked back at her Black Widow controversy with Disney and said that one should 'know their worth standup for yourself'. 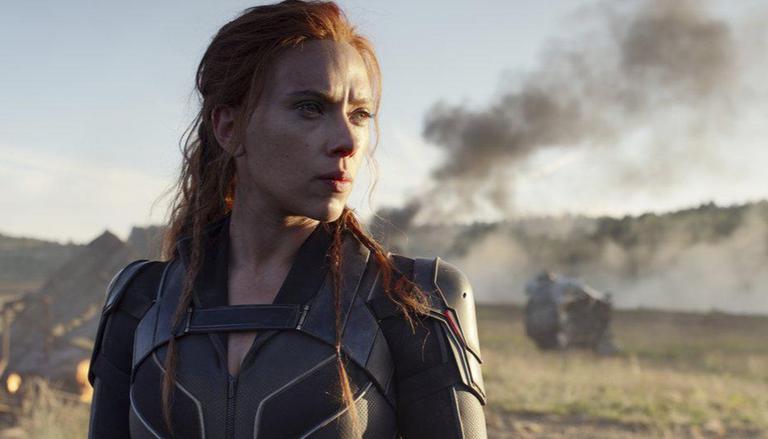 
Scarlett Johansson was involved in a legal tussle with Disney post the release of her movie Black Widow regarding its hybrid rollout, which resulted in her earnings loss. Johansson alleged that Disney's decision to release Black Widow simultaneously on Disney+ with Premier Access and in theatres incurred a loss and was a breach of contract. The lawsuit has since then been settled with both the parties stating that they were open to working with each other.

In a recent interview with Associated Press, the actor looked back on her controversy with Disney and said, "You should know your worth and stand up for yourself."

Scarlett Johansson during the 35th annual American Cinematheque Award Show, looked back on her Black Widow controversy with Disney. In an interview with AP, at the red carpet of the event, the actor said,  "I think it's important to your worth and stand up for yourself, particularly in this industry. I've been working in this industry for such a long time, I've worked for almost 30 years and so much has shifted since then, in these 30 years I've felt that 'Oh my gosh if I stand up for myself I might be blacklisted or I might never work again'. Thankfully that has been changing in this industry that is so huge."

"Know your worth and stand up for yourself." Scarlett Johansson speaks out at an @am_cinematheque event honoring her nearly two months after settling her lawsuit against Disney over her "Black Widow" pay. pic.twitter.com/d76WV0aesM

Earlier in October, Scarlett, in a statement, said that she was open to working again with Disney. Alan Bergman, chairman of Disney Studios Content, also said they were looking forward to working with the actor again. Scarlett Johansson and Disney reached the middle grounds and settled their lawsuit regarding Black Widow's release.

Johansson and Disney's public fallout was one of the first major legal disputes between an actor and the studio regarding the release strategy of the movie. Fellow actors voiced support for Johansson's stance, including fellow MCU cast member Elizabeth Olsen, and Jamie Lee Curtis, among others. Johansson's move had reportedly inspired others to oppose the controversial hybrid model, including Emma Stone in relation to the live-action movie Cruella. Also, several notable filmmakers have also expressed their disdain over the hybrid release pattern. Most recently, filmmaker Christopher Nolan also ended his partnership with Warner Bros. over the hybrid release strategy.