Shailene Woodley finally opened up about being engaged to NFL player Aaron Rodgers. Read what she has to say about their relationship right here! 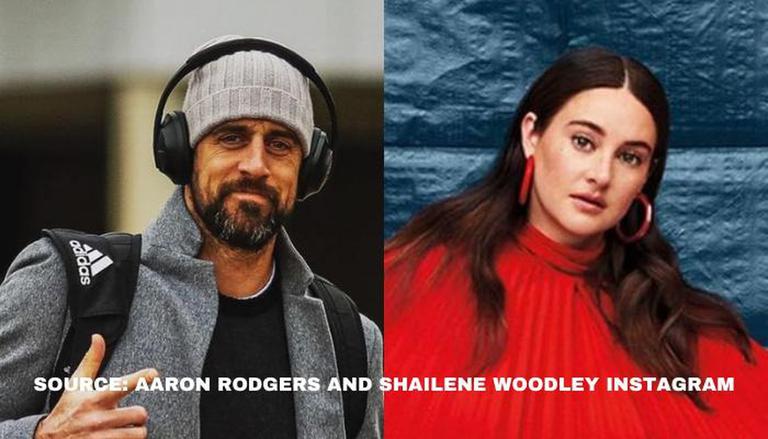 
Recently, Shailene Woodley made an appearance on The Tonight Show with Jimmy Fallon where she was asked about her engagement to the American football player Aaron Rodgers, a few seconds into the show. She confirmed the news and said that she feels like she would have met Aaron one way or another in any context, any space in time because she feels like they were meant to be together. She even said that Aaron is a wonderful, incredible human being while she was on the show.

Shailene Woodley on The Tonight Show with Jimmy Fallon

On Feb 23, 2021, on The  Tonight Show with Jimmy Fallon, Shailene Woodley made an appearance and opened up about various aspects of her life. Jimmy welcomed her and posed a question about Shailene and Aaron's engagement. She said that they have been engaged for a while now and that she feels blessed. “We met during this wacky, wacky time and all of the stadiums were closed that he was playing in,” she said. When asked if she is a fan of football, she said “I don’t get it. He’s good. He’s great. But, like, I don’t understand.” “‘Cause I don’t know him as a football guy. I know him as, like, the nerd who wants to host Jeopardy!. That’s the dude I know,” she added.

The news of Shailene and Aaron's engagement came out in February of this year. The two kept things private and lowkey and weren't very vocal about their relationship. They met during the pandemic in 2020, and Shailene told Shape in an interview that because they met during COVID-19, they learned a lot about each other. She even went on to say on The Tonight Show, “I never thought I’d be engaged with somebody who threw balls for a living.” “Like, I never thought as a little girl, I was like, ‘Yeah when I grow up, I’m gonna marry someone who throws balls! Yeah!’” she added.