'Shang-Chi And The Legend Of The Ten Rings': Awkwafina Spills Beans On Her Character Katy

Hollywood actor Awkwafina opened up about her role in MCU's upcoming superhero movie 'Shang-Chi and the Legend of Ten Rings'. Read More. 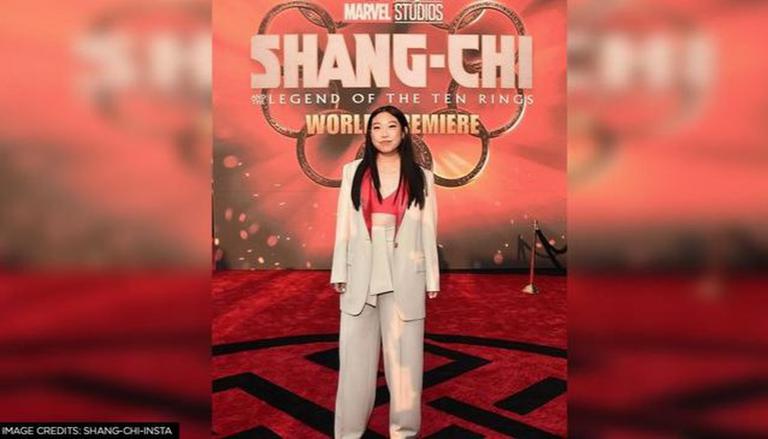 
Hollywood actor Awkwafina will soon be seen in Marvel Cinematic Universe's first-ever Asian superhero movie Shang-Chi and the Legend of Ten Rings. The actor will be portraying the role of Katy, Shang-Chi's best friend. The actor recently opened up about her role in Shang-Chi and shared interesting insights on her character Katy and Simu Lui's character Shang-Chi's friendship.

Shang-Chi and the Legend of the Ten Rings will be MCU's first-ever film with an Asian superhero. The movie will star Simu Liu as Shang-Chi along with Awkwafina, Meng'er Zhang, Fala Chen, Florian Munteanu, Benedict Wong, Michelle Yeoh, and Tony Leung. Awakwafina recently shared interesting insights about her character Katy and her dynamics with Shang-Chi. She said, "Katy is what I would love to be as a friend, which is loyal. I think she really trusts Shang-Chi. At the same time, in a world where he is wary about who he lets into his life, she doesn’t really judge him for his past and trusts him."

READ | 'Shang-Chi' star Simu Liu shows his training to 'become one with the character'; WATCH

She further added, "He’s a really good friend, and also useless — I think there might be some luck involved in certain aspects of her life. So it’s fun that she gets to tag along. She gets some action. There is a pole scene … well, it’s scaffolding. You know, we’re not in the club."

READ | Shang-Chi And The Legend Of The Ten Rings: Here's all you need to know about release date

Recently, Sir Ben Kingsly also spoke about making his MCU come back with Shang-Chi.  He will reprise his role as Trevor Slattery/Mandarin from the Iron Man 3 movie. Kingsly said, "It was a marvellous opportunity to add more layers and see another aspect of him in his element as an actor doing a one-man show for people, dressed in Shakespearean costume. It was a tremendous opportunity. I was absolutely delighted to revisit Trevor and to give him another breath of life as it were."

READ | Will Shang-Chi release on Disney Plus? Know about release date, who is Shang-Chi & more

Shang-Chi premiered in Los Angeles on August 16, 2021, and is scheduled to be released in the United States and India on September 3, as part of Phase Four of the MCU. The film received positive reviews from critics, praising the film's fight choreography, its exploration and representation of Asian culture, and Leung's performance.

WE RECOMMEND
Will Shang-Chi release on Disney Plus? Know about release date, who is Shang-Chi & more
Priyanka Chopra dines with Marvel’s ‘Shang-Chi’ cast, Michelle Yeoh and Sandra Oh
Shang-Chi's Simu Liu interacts with fans on Twitter to control anxiety for premiere day
Marvel outs new posters for Shang Chi and the Legend of the Ten Rings; Take a look below
Ben Kingsley talks about his role in 'Shang-Chi', says it was 'a tremendous opportunity'