Sia's Music film's trailer has ignited a controversy over the misrepresentation of the autistic community. She is facing a lot of backlash on Twitter.

Sia is one of the popular artists of all times. Sia's latest film trailer titled Music has stirred considerable controversy recently. She has gotten into a controversy, with the autism community, over the misrepresentation of an autistic person in her film. Read to know more.

Sia’s film titled Music has sparked controversy over the representation of a person suffering from autism. In the music video, dancer/actor Maddie Zeigler has been cast who plays the role of an autistic person. How Maddie has represented autism has not worked well with people from the autism community. People are criticising Sia for the same. There are tweets wherein people are saying she should have cast an actor actually suffering from autism for an accurate representation of the disorder.

According to a report by Deadline, the video has also received opposition from The American Association of People with Disabilities (AAPD). The association has responded by asking people to not watch the video. They have tweeted Sia’s video should not be watched and instead has recommended works of other specially-abled artists.

Instead check out the work of actual disabled people trying to make it as artists, media creators, producers, and more.https://t.co/68kWHuTGHd#RepresentationMatters #SayTheWord https://t.co/BhdZtoZgvD

According to a report by Variety, Sia has clarified that she had cast 13 people on the spectrum. She said that it is sad that people are forming opinion even before watching her film. She also clarified that her heart was in the right place. She also had two people guiding her throughout the film. She stressed on the fact that she has taken the views and opinions of people suffering from autism and even people who advocate spreading awareness about the same to guide throughout the video. 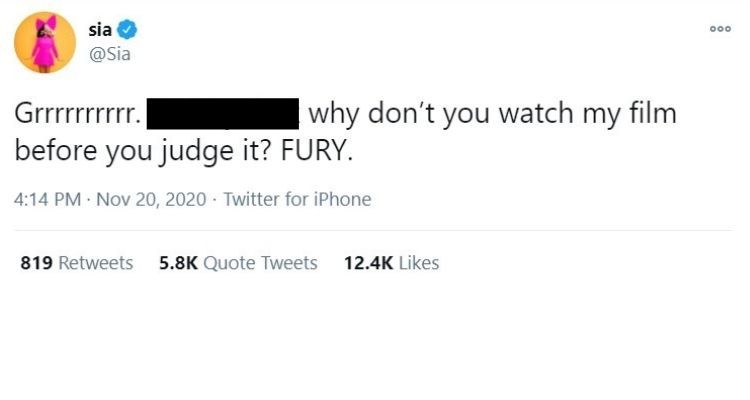 Sia also hit back at a user who asked her if she had done any research at all before going forward with the video. To this, Sia replied that she has done her research for three years before flagging off the film and yet received so much flak.

Did you do any research or consult the community at all? It's very condescending to say it would be cruel to consult a disabled actor 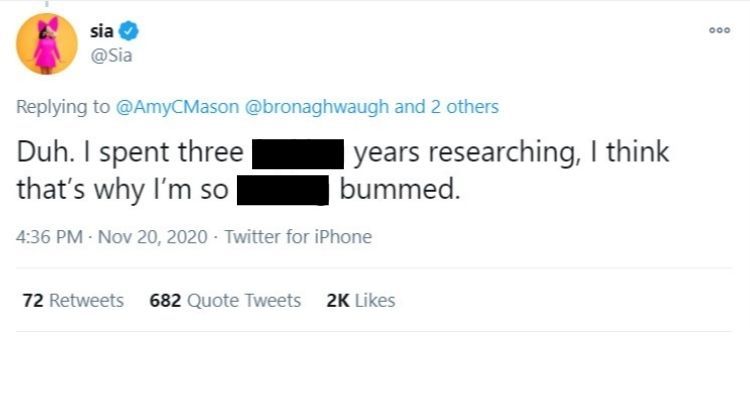 The hashtag #SiaDoenntSpeakForUs is trending on Twitter as well. Many people have voiced their opinion that such stereotypes are not to be encouraged. She has also being called an ‘ableist’ by Twitterati. Sia responded to these accusations by saying that she had originally cast an autistic girl in the video but she found the ordeal stressful and unpleasant. This is why she had to cast Maddie Zeigler for the role. Sia has also written and directed the music video.

this is just trash. actually attacking an autistic actor to prove that you were a good ally to autistic people??? Sia is not an ally or an activist. she is a bully and a gaslighter. #SiaDoesntSpeakForUs https://t.co/xOlG5rRRNS

SIA really said let me pretend to care about autistic people, work with an ableist foundation that pretends to care for autistic people AND then get mad that she’s facing criticism for profiting off of disability. love itðŸ˜ #SiaDoesntSpeakForUs

This film plays upon stereotypes that get disabled people killed. #SiaDoesntSpeakForUs

#SiaDoesntSpeakForUs especially not because she didn't even stepped away from using special abilities even though we keep saying disabled is fine.

Also read | If You Liked 'The Poughkeepsie Tapes', Here Is Watchlist Of Other Similar Movies

Also read | If You Liked Ludo, Here Is Watchlist Of Other Thriller Moves To Binge-watch