Ben Kingsley confirmed that he will be making his MCU return with the upcoming movie 'Shang-Chi and the Legend of the Ten Rings.' Read More. 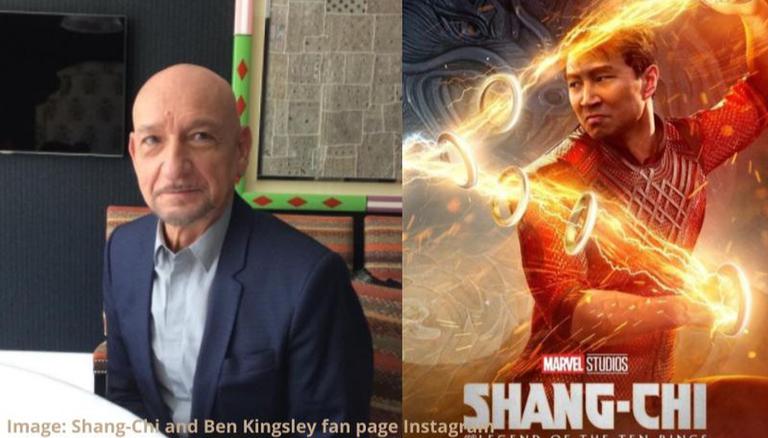 
Sir Ben Kingsley surprised fans as he attended the premiere of Shang-Chi and the Legend of the Ten Rings. The veteran actor confirmed that he would be making his long-awaited return to MCU.  Ben Kingsley was first seen in MCU's Iron Man 3 as Trevor Slattery/Mandarin and reprised his role in Marvel One-Shot All Hail the King.

Ben Kingsley in an interview with Entertainment Weekly confirmed that he would be returning to MCU with Shang-Chi. He said "As you just saw, I was talking to Kevin Feige, and thanks to Kevin and Robert Downey Jr. and Drew Pearce and Shane Black, I am in this movie and I'm a member of the Marvel family because their welcome on Iron Man 3 was so astonishing and generous that I'm still with Marvel again. And I'm delighted to be here." Kingsley was first seen in the movie Iron Man 3 where he played the role of  Trevor Slattery, an actor hired to portray the legendary terrorist the Mandarin of the Ten Rings. He reprised the role in the Marvel One-Shot All Hail the King in 2014, and will now come face-to-face with the real leader of the Ten Rings, Wenwu in Shang-Chi and the Legend of the Ten Rings.

READ | 'Shang-Chi' to debut on Disney+ 45 days after its theatrical release; read details

More about Shang-Chi and the Legend of the Ten Rings

The movie will be released under phase four of Marvel Cinematic Universe and will be the studio's first film with an Asian lead. It stars Simu Liu as Shang-Chi alongside Awkwafina, Meng'er Zhang, Fala Chen, Florian Munteanu, Benedict Wong, Michelle Yeoh, and Tony Leung. In the film, Shang-Chi is forced to confront his past after he is drawn into the Ten Rings organization. The movie is written and directed by Destin Daniel Cretton.