'Spider-Man: No Way Home' beat 'Sooryavanshi' to hit a milestone in the box office collections in India. It is also storming the Box Office worldwide. 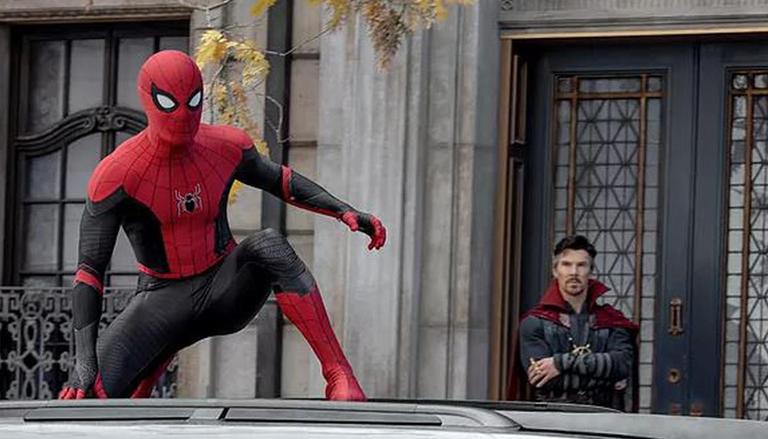 
Spider-Man: No Way Home has been a rage at the box office and there seems no signs of it losing steam. The superhero film has been a massive success, and is targetting a spot on the highest-grossers of all-time list.

The Tom Holland-starrer had crossed the $1 billion mark across the world a few days ago. This has been aided by performance of the film in the United States of America, where it has grossed over $600 million. In India too, the action film has created a storm, going on to hit the Rs 200-crore mark.

Spider-Man: No Way Home, as per a report on The Wrap, has earned $611 million at the domestic box office. This was after a $54 million box office collection over the weekend. The film has been the highest-grosser this year by a mile, and even contributed a significant 12 per cent of the overall collections in the country.

READ | '83' being replaced with 'Spider-Man', 'Pushpa' at theatres amid unimpressive BO figures?

The total gross of all movies this year has been $4.45 billion and Spider-Man alone has contributed in a major way to it.

The overall collections of the film stand at $1.37 billion till now. It beat the collections of Black Panther, Harry Potter and the Deathly Hallows – Part 2 and Star Wars: The Last Jedi with its performance at the box office this weekend.

Spider-Man: No Way Home has become the highest grosser in India this year after the collections on Sunday, January 2. It has beaten Sooryavanshi, to become the first film to hit Rs 200 crore this year. The Akshay- Kumar-starrer had just fallen short of the Rs 200-crore figure, and earned around Rs 195 crore.

READ | 'Spider-Man: No Way Home' would end differently if THESE actors had not signed up

READ | 'Spider-Man: No Way Home': Tobey wanted to give 'very minimal' info about his Peter Parker

The film, as per trade analyst Taran Adarsh, achieved the milestone despite facing hurdles, like the COVID-19 restrictions and films like 83 and Pushpa: The Rise releasing around the same time. The New Year holidays turned out to be beneficial for the film.