'Spider-Man: No Way Home' trailer sparked numerous fan reactions but the discussion on the hidden clues dominated the Internet. Here’s what netizens speculate 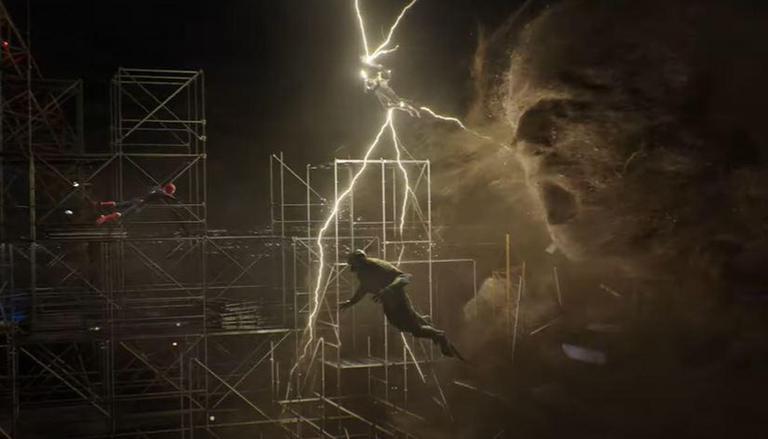 
Is the latest franchise of Spider-Man coming to end with the upcoming release, Spider-Man: No Way Home? While lead actor Tom Holland had hinted about it, some of the grand visuals on display in the trailer which was released on Wednesday could be counted as a hint for a grand finale. The return of the villains, who have sparked terror in the previous Spider-Man ventures, became a talking point among the Twitteratti.

Netizens took to Twitter and shared their views on what they felt about the Jon Watts directorial. Right from sharing the pick from the villains, and finding some hidden clues, there were some interesting reactions. Here's what netizens had to say about Spider-Man: No Way Home trailer:

The trailer left one netizen 'screaming in excitement' as the person called it 'amazing.' One shared the trailer was 'epic' and that it made it 'easily movie of the year.' Another netizen got goosebumps on watching the trailer, while Tom Holland won praise from the netizen.

One of the visuals in the trailer is of Spider-Man trying to save MJ, played by Zendaya, as she falls from the top and a Twitter user was not happy about it and speculated if it would lead to her death.

Nah that Spider-Man no way home trailer was so good 😮‍💨

The new Spider-Man trailer is amazing 😭 it had me screaming in excitement. Phase 4 is amazing so far 👏🏾 #NoWayHome

Spider-Man: No way Home's new trailer is giving me parallels to all the spider-man films 🤩 if this one decided to kill MJ, i'll riot.

Yo that trailer for Spider-Man No Way Home was so epic! Easily movie of the year for me!

the Spider-man No Way Home trailer is SO FREAKIN AMAZING!!! ITS SO MUCH IM SO EXCITDD

Meanwhile, many users were just impressed on seeing five villains in one trailer. Some were particularly excited to see Green Goblin, who had first appeared in Spider-Man and then the next two parts. One user even went ahead and called Green Goblin as the 'undisputed No 1 villain.'

Green Goblin pulled up to Aunt May's house and made her finish her prayers after blowing up the place, like a terrorist Hulk Hogan.

He's the undisputed No 1 villain. https://t.co/zhnSeLmOXB

me on my couch watching green goblin return in the trailer pic.twitter.com/1HqPYWzn6S

However, one of the most talked-about visuals was on whether the previous Spider-Man leads — Tobey Maguire and Andrew Garfield — were a part of the upcoming movie. The speculation has been rife on it ever since the return of the villains they battled in the previous films has surfaced.

READ | 'Spider-Man: No Way Home' trailer out: Tom Holland to fight 'visitors from every universe'

One fan felt that there was no point in watching the trailer if the duo were 'edited out'. Many others felt the scene where Spider-Man battles Sandman, Electro and The Lizard had some hidden visuals as the Spider-Man seemed to be heading towards Sandman, while the other villains seemed to be headed elsewhere. One wrote that the previous leads were 100 per cent there judging by the manner in which The Lizard was jumping and the distance between the other villains.

So if Garfield and Maguire are edited out of the new Spider-Man No Way Home trailer, why would I want to watch it?

I want to know they're both in the movie before I bother watching it at all!

#SpiderManNoWayHomeTrailer2
Tobey & Andrew
..
well they are there.. 100%
Remember marvel tease us with unbroken Cap's shield in trailer? pic.twitter.com/Y13t7YBz4i

Question who are the lizard and electro attacking ? Lizard doesn't even jump high enough to even touch Spiderman. It seems we have missing heroes in this scene... pic.twitter.com/VH9DnggWmP

Another felt the scene where Doctor Octopus is shocked to find someone in Spider-Man get up was proof that Toby and Andrew were a part of the movie. Spider-Man: No Way Home traces Spider-Man's battle against the villains, who have come back, after Doctor Strange's spell to eliminate the revelation of Peter Parker's real identity got 'botched up.' The movie also stars Jacob Batalon, Jon Favreau, Marisa Tomei, among others. The movie releases on December 17.

WE RECOMMEND
Tom Holland greets Indian fans in desi style while launching trailer of 'Uncharted'; WATCH
Tom Holland admits being 'terrified' of Alfred Molina's Doc Ock in 'Spider-Man 2' as a kid
Benedict Cumberbatch opens up on Spider-Man's relationship with Doctor Strange
'Spider-Man: No Way Home': Are Tobey Maguire, Andrew Garfield part of upcoming franchise?
'Spider-Man: No Way Home'; check movies to watch ahead of upcoming release
Listen to the latest songs, only on JioSaavn.com