'Spider-Man: No Way Home' trailer released, Angelina Jolie talks about the withdrawal of the US troops from Afghanistan. Here is Hollywood Recap For August 24 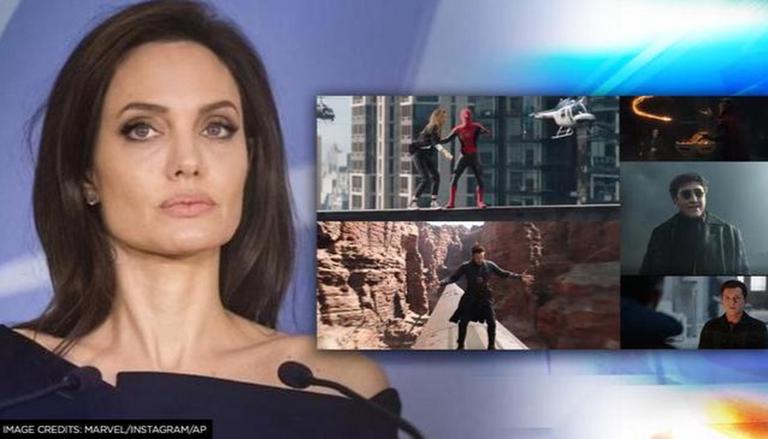 Makers of the upcoming film Spider-Man: No Way Home have finally dropped the trailer which has created a buzz among the fans. The trailer not just confirmed Alfred Molina reprising his role as Doctor Octopus from Spider-Man 2, it also teased the return of Willem Dafoe as the Green Goblin and also confirmed that another Marvel favourite will appear as none other than Benedict Wong as Wong appears. Willem Dafoe aka Green Goblin was also the main villain in the first live-action Spider-Man film which starred Tobey Maguire. Read More.

Christian Bale is gearing up to take on the role of popular pastor turned drug smuggler in New Regency's upcoming biopic titled The Church of the Living Dangerously. Based on the Vanity Fair article, the movie's script will be written by the Oscar winner Charles Randolph. The movie will focus on the troubling childhood of John Lee Bishop and the events that led to his arrest at the Mexican border. Read More.

'We Lack Strategy': Angelina Jolie Slams Biden Decision To Withdraw US From Afghanistan

Michael J. Fox Reunites With His 'Back To The Future' Co-star Christopher Lloyd

The fans of the megahit franchise Back To The Future were in for a treat as lead actors Michael J. Fox and Christopher Lloyd reunited recently. Michael took to his Instagram and shared a photo with Lloyd and wrote 'back to back'. The duo is best known for their portrayal of Marty McFly and Doc Brown in the Back To The Future franchise. Read More.

READ | 'Spider-Man: No Way Home' trailer breakdown: What to expect as it reintroduces old baddies

Prominent stars Mindy Kaling and Padma Lakshmi took offence when one of the media personalities made some remarks on Indian food in a recent post published by an international daily. The media personality spoke lengths about Indian food and 'the only ethnic cuisine in the world insanely based entirely on one spice’ in his article. Reacting to the article, Meena Harris, lawyer, and niece of US Vice President Kamala Harris, tweeted, "Apropos of absolutely nothing name your ONE favourite Indian spice. I’ll go first: asafoetida." Read More.