'Succession Season 3' finale episode aired on December 12 and ended at a cliffhanger. Here is what happens to the Roy family. Read on to know more. 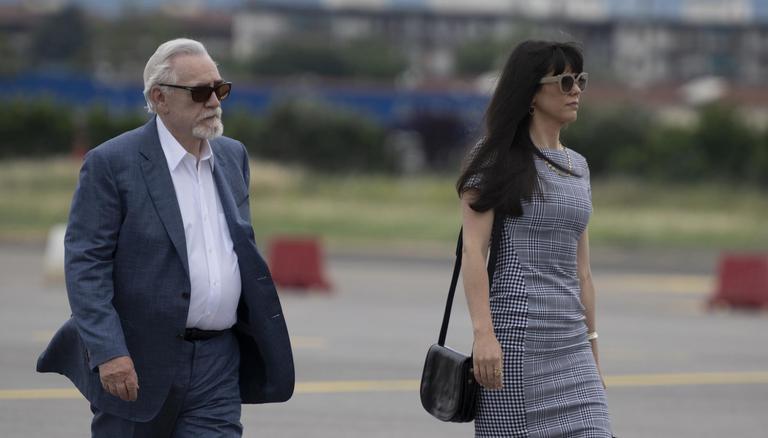 
Succession, the American satirical comedy-drama, which features a Roy family, who runs the biggest media and entertainment company in the world, has got its fans hooked on the drama. The TV series' everlasting twists and turns keep its audience entertained. As its third season, which arrived in October on HBO, has come to an end, it partially decided the fate of the family and also what will happen in its finale season.

Succession Season 3 finale episode ended at a cliffhanger. Most of the action happened in the last 15 minutes of the season's finale. The final episode saw the three Roy siblings, Roman, Shiv and Kendall, coming together to stop the deal from being finalised. However, they need to approve of the deal with their shares of the holding company, that they received from their father's divorce. While Shiv gets ready to push Logan out, Roman disapproved despite knowing that it was the only logical move.

Shiv later calls Tom and informs him about the power move. However, Tom clues Logan in, who tries to revise the divorce deal with his ex-wife. Later in the episode, Logan still prefers to rope Roman on his side. However, Roman keeps pleading with his father to reconsider. A devastated Roman goes to plea to Gerri but fails.

The episode ends when Logan leaves and later pats Tom on his shoulder. Tom also gives Shiv a comforting kiss on the forehead. However, it is evident the damage has been done.

While it did appear that the damage was done by the end of the finale episode, it was evident that Tom is the one who changed the tide of the war. It can be now speculated that the possible upcoming season will be all about Logan against his three kids. Moreover, it can also be assumed that Tom and Greg are on the same side and have united with Logas as he always wins.

Will there be Succession Season 3 Episode 10?

The ninth episode, which aired on December 12, marked the third season's finale. However, the showrunners have reportedly hinted at the fourth season of the HBO TV series. While there is no official announcement yet, the coming season is expected to be the final season of the family drama.

READ | Succession 4 confirmed: Cast, release date and all you need to know