'Suicide Squad 2' Easter Eggs: Here's All The Easter Eggs And Cameos In The Film

Suicide Squad 2: The film premiered in the UK on July 30, 2021, and was released in the United States on August 5. It was aired on HBO max a month ago. 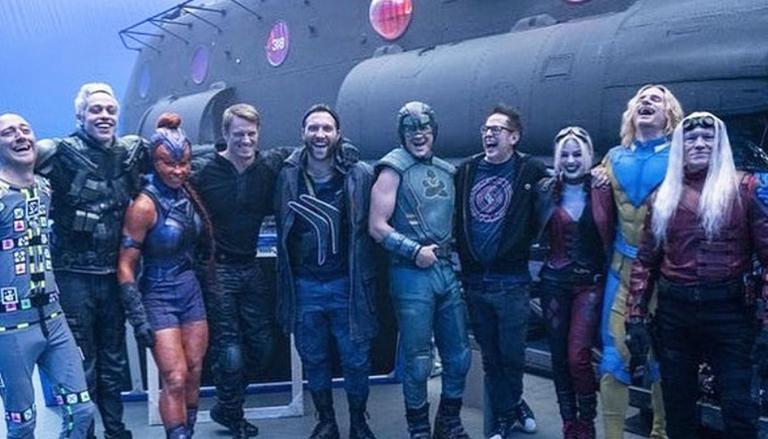 
The highly anticipated Hollywood film, The Suicide Squad, hit theatres on Thursday. The film is a standalone sequel to the 2016 blockbuster Suicide Squad, and the 10th film in the DC Extended Universe (DCEU).

Directed and written by James Gunn, the film portrays the story of superheroes who are sent to end a Nazi-era laboratory and encounter a huge alien named Starro. The film premiered in the United Kingdom on July 30, and was released in the United States on August 5. It was aired on HBO max a month ago.

The James Gunn directed film has very few Easter eggs, cameos, and hidden references, and each one is interesting to spot. The list starts with John Ostrander getting an opportunity to star as a Belle Reve attendant assisting Savant on his mission. Double Down was seen starring as a disfigured villain whose body was fused with a deck of magical cards. In the Arrowverse, he played Josie and the Pussycats' veteran JR Bourne. The actor played Double Down in The Suicide Squad and played the role of a stand-in for one of the actors in Black Adam.

Crazy Quilt, the lesser-known lady of the DC Comics, was part of Alexander Luthor's Secret Society of Super-villains. She later worked with the secret six at the same time as King Shark. Another interesting character was Senator Cray, who was a recurring character in the Suicide Squad 11-22 in the '80s.

Pom Kementieff, who starred as Mantis in Guardians of the Galaxy Vol 2, appeared as a dancer in the gentlemen's club. Lloyd Kaufman, who made a cameo appearance, was seen dancing with a lady near the bar. Last but not least, was the appearance of crisp rats who were trained in the film to play Sebastian, who was Ratcather's favourite friend.