Taylor Swift's Grammy dress this year was a marvel! Here are all her Grammy looks, right from her first appearance in 2008 to her recent one.

Taylor Swift is a famous singer who has managed to garner widespread recognition and love for her super hit song and music album releases over the years. She has also been the recipient of various reputable awards and accolades such as the American Music Awards, Billboard Music Awards and even the Grammy Awards. And looking stunning as ever in her Oscar De La Renta flower dress, the singer bagged the Grammy Awards for the Album of the Year this year with her album Folklore. So here is a look at Taylor Swift's Grammy outfits that she has donned over the years looking simply breathtaking.

This year's Grammy Awards saw the singer don a gorgeous floral outfit. Taylor Swift's Grammy dress was from the house of the Dominican designer Oscar De La Renta. And according to preview.ph, Taylor's Oscar De La Renta flower dress cost is estimated to be around $8990, which she rocked with Christian Louboutin heels.

2016 was Taylor's last Grammy appearance before 2021. That year, the singer was seen in an Atelier Versace coral crop top paired with a billowing hot pink skirt. The singer became the recipient of three Grammy Awards that year for the Album of the Year, Best Pop Vocal Album (1989), and Best Music Video(Bad Blood).

Back in 2015, Taylor Swift donned a Lebanese fashion designer, Elie Saab's dress at the Grammys. It was a vibrant ombre dress with shades of teal and blue. Her pairing of Fuschia heels with the dress made it stand out like no other.

The singer rocked a Gucci dress at the Grammy Awards in 2014. It was a disco-ball themed half-sleeved shimmery gown-style dress. Taylor wore a high ponytail with bedazzled earrings and silver eye-makeup. 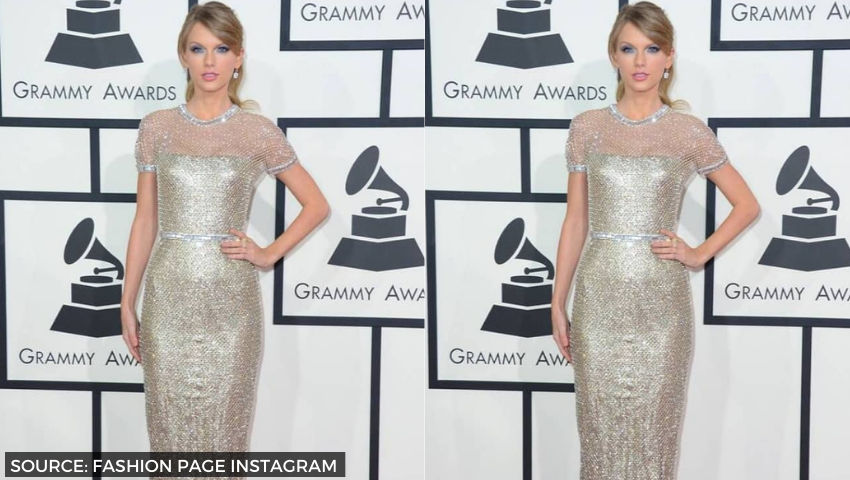 According to a few, Taylor Swift looked like an angel in her 2013 Grammy outfit. She wore a mesmerising breezy white J. Mendel gown with attractive silver detailing on the upper body part of it. The singer was awarded a Grammy for Best Song Written for Visual Media (Safe & Sound). 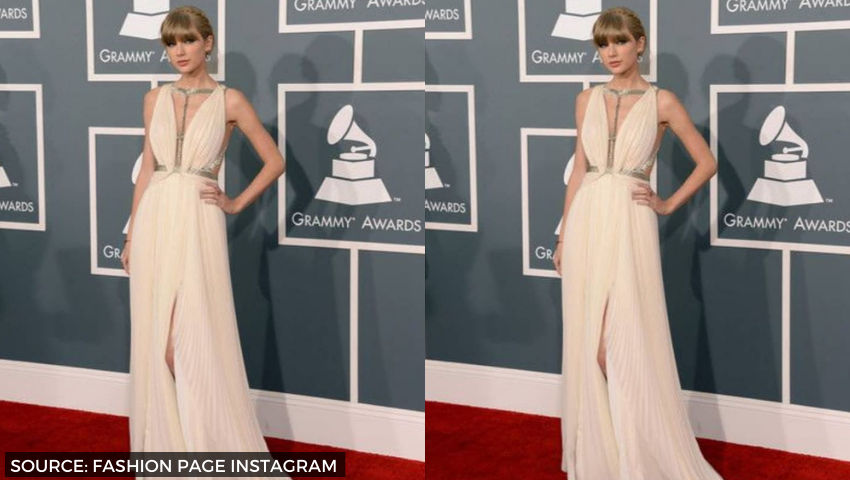 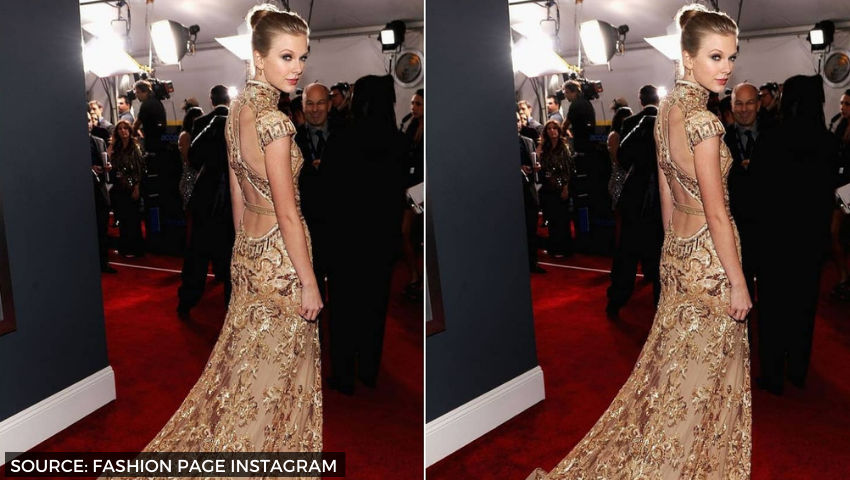 KaufmanFranco's glittery blue dress made Taylor shine like no other at the 2010 Grammys. She took home four Grammy Awards that night. Album of the Year, Best Country Album, Best Country Song (White Horse), and Best Female Country Vocal Performance were all under her belt that year. 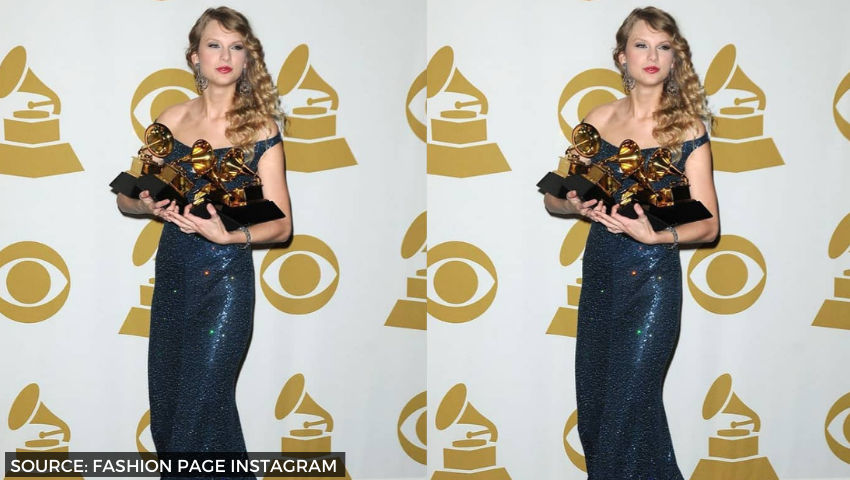 For her second Grammys look, the singer kept it simple in black. It was a KaufmanFranco gown with an inner corner sparkly eye-makeup look. She took to the stage that year and even performed with Miley Cyrus. 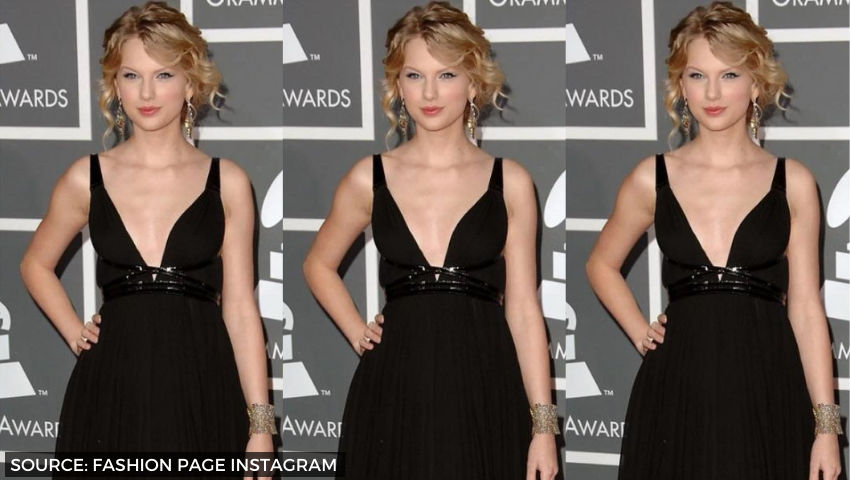 Taylor Swift's first-ever Grammys appearance back in 2008 was special. The singer donned a heavenly corset-style lilac-coloured gown. It was a Sandy Spika dress that the singer rocked with her beautiful curls let down loose.