Tayshia Adams who got engaged to Zac Clark on 'The Bachelorette' was seen without her engagement ring a few days ago. The star took to IG stories to explain why

Tayshia Adams was bombarded with a lot of DMs on Instagram after one of her videos showed the reality TV star without her engagement ring. She took to Instagram to explain her situation in a series of IG stories. She denied the breakup rumours and gave clarification for the missing ring.

READ | What does Tayshia do for a living? Learn more about the new 'Bachelorette' contestant 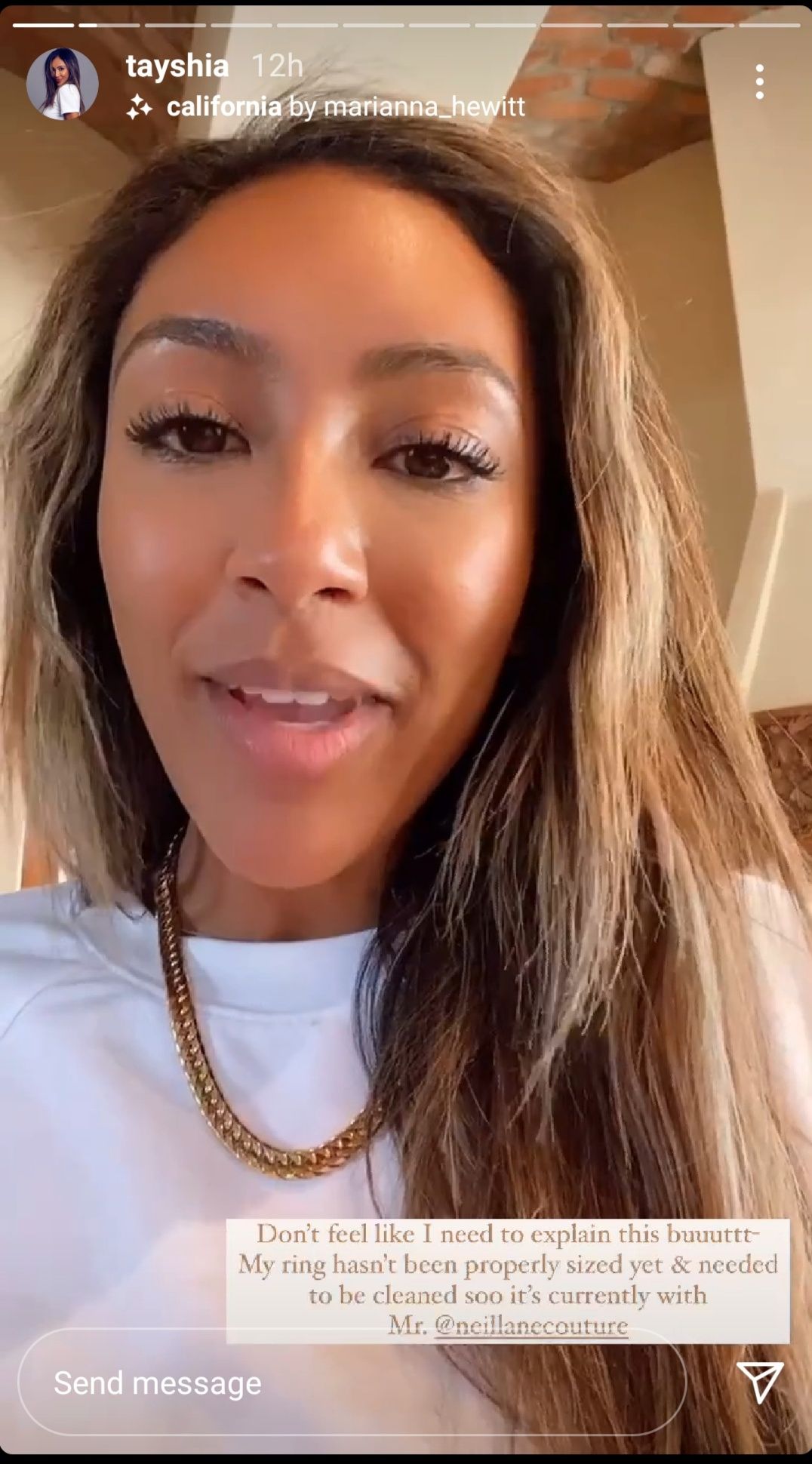 In her Instagram story, she said that her ring was missing from her hand because she was holding her phone in her left hand. She later added that when she was in L.A. a few days ago, her ring was slipping from her finger. Tayshia mentioned giving the ring to be cleaned and resized and that she should have it back within two day's time. She concluded her justification by thanking fans for their concern and assuring them that everything is good between the couple.

A few hours after her Instagram clarification, The Bachelorette star was seen making pancakes on her Instagram story. The engagement ring clearly visible in her hand. She brushed off all the rumours regarding her and Zac Clark's breakup and also provided indirect proof about their relationship going steady in the videos, a few hours later.

READ | Does Ben come back on 'The Bachelorette'? Find out what happened between Ben & Tayshia

READ | After the final rose: Are Tayshia Adams and Zac Clark still together? Know all details

Tayshia Adams got engaged to Zac Clark last year on the TV show The Bachelorette. In her recent interview with Marie Clarie, she said that they are definitely getting married but 'don't know when'. She also went on to say that they are taking their time dating each other while being engaged. She claimed that they have a lot of 'back and forth' happening to decide when their nuptials should take place.

Tayshia Adams was previously married for about a year to Josh Bourelle. Tayshia and Zac have been a constant talk of the town since their engagement announcement last year. She made her first appearance in season 23 of The Bachelor but was later eliminated. She began dating Bachelor in Paradise star John Paul Jones in 2019, but soon ended things with him. She is now a full-time influencer as well. Tayshia is currently hosting season 17 of The Bachelorette with Kaitlyn Bristowe, a former Bachelorette.