After making headlines for making out with Taika Waiti and Rita Ora, Tessa Thompson was spotted kissing Australian model Zac Stenmark. Read all the details here 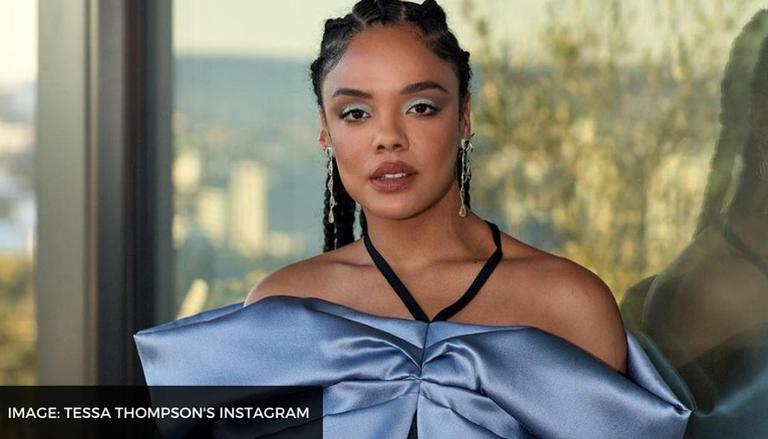 
Actor Tessa Thompson is currently filming for Marvel's Thor: Love and Thunder in Australia with Chris Hemsworth, Natalie Portman, director Taika Waititi and others. A few days ago she was spotted getting intimate with singer Rita Ora and Taika Waititi, making netizens pose questions on their relationship with each other. Today, May 26, 2021, according to a report by Page Six, the actor was seen kissing Zac Stenmark.

This could prove that the pictures that surfaced on May 24, 2021, showing Rita Ora, Taika Waititi and Tessa Thompson was just a joke among the friends. According to Page Six's report, the actor was seen enjoying a stroll with Zac Stenmark and his twin brother Jordan Stenmark. After their date, Zac and Tessa shared a kiss, after which the latter blushed profusely.

Zac Stenmark is a renowned model in Australia with his brother Jordan Stenmark. They have been a part of many campaigns including GQ, Ralph Lauren and Calvin Klein. According to Fashion Daily, the twins were discovered by fashion designer Tom Ford.

Tessa and Taika are currently in Sydney, Australia shooting for the upcoming Marvel movie and the fourth instalment in the Thor series. The two were seen getting cosy along with singer Rita Ora on Waititi's balcony. According to DailyMail, the trio was caught by the paparazzi over the weekend after they had attended a party.

READ | Taika Waititi and Rita Ora have been dating since early March: Reports

Are Rita Ora and Taika Waititi in an open relationship with Tessa Thompson? pic.twitter.com/SmxqwXN2lm

According to a report by The Sun, Taika Waititi and singer Rita Ora have been dating for a long time now. The two have, apparently, moved in together and have been dating since early March. They sparked dating rumours when they were seen sharing a hug.

Thor: Love And Thunder is scheduled to conclude shooting this month. The movie will be a part of Phase 4 of the Marvel Cinematic Universe. In the movie, Tessa Thompson plays one of the last Valkyries alive. The character made its first appearance in Thor: Ragnarok and in Avengers: Endgame. Thor: Love And Thunder is scheduled to release on May 6, 2022, in the United States of America.

Thompson was last seen in Passing, helmed by Rebecca Hall, in which she played Irene Redfield. She also acted in the lead role of Sylvie's Love as Sylvie Parker. In the movie, she was also a part of the panel of producers.