British actor Freddie Highmore best known for his role in 'The Good Doctor' revealed that he had tied the knot earlier this year on Jimmy Kimmel's show. 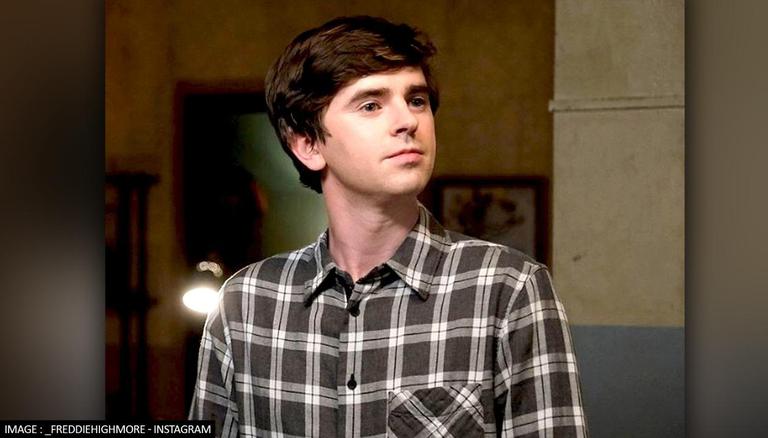 
The Good Doctor actor Freddie Highmore recently made a huge announcement on the show Jimmy Kimmel Live. Highmore revealed that he had tied the knot earlier in the summer. The actor, who has always kept his personal life under wraps, did not give much information about his wife but shared that she was also British.

Freddie Highmore reveals he got married

Freddie Highmore, on the Jimmy Kimmel Live show, made the announcement that he got married. The actor admitted that he had to clarify his marital status after the host asked him if he was wearing a wedding ring.

Freddie said, "Yes, it is a wedding ring. Yes, I got married. It's funny. Ever since I've been wearing this ring people have been asking me if I’m married, so I figured, I should clarify it."

The Good Doctor star then went on to explain,

"I'm not gonna jump up and down on the couch on the talk show and express my excitement that way. I know that you do that in America. But I'm as happy as as a Brit can be and I'm married to a very wonderful woman now, so yes I feel very happy."

Shying away from giving further details about his wife, the actor spoke about how it felt to be married.

"I just still can't get over the terminology and the vocab, like, a 'married man' just sounds very old and 'my wife' sounds very possessive," said the actor. He added, "We don't really use that yet, but we just point to the rings and be like, 'Here, look, draw your own conclusions.'"

READ | Is Lea leaving 'The Good Doctor'? What happens to Lea and Shaun's relationship?

Meanwhile, Freddie Highmore has been playing the role of Dr Shaun Murphy in the medical drama The Good Doctor since 2017. The series, which was a remake of a South Korean series of the same name, has been renewed for season 5. He is also known for his starring roles in the movies like Finding Neverland (2004), Charlie and the Chocolate Factory (2005), August Rush (2007), and The Spiderwick Chronicles (2008).

READ | Is Antonia Thomas leaving The Good Doctor? Here's everything you need to know

He won two consecutive Critics' Choice Movie Awards for Best Young Performer and was nominated for the Golden Globe Award for Best Actor for his performance in The Good Doctor.

WE RECOMMEND
'The Good Doctor' finale spoilers: Season 4 ends with a major cliff-hanger
'The Good Doctor' cast - Everything you need to know about the actors in the medical drama
Is Lea leaving 'The Good Doctor'? What happens to Lea and Shaun's relationship?
'The Good Doctor' Season 4 Episode 11 Cast Details and Full Plot
Freddie Highmore's birthday quiz: How well do you know the actor? Find out
Listen to the latest songs, only on JioSaavn.com