The One Where The FRIENDS' Cast Reveals Their Personal Favourite Episodes

Over the years, the popular sitcom FRIENDS has given their fans from worst to best episodes, but do you know the cast's personal favourite episodes? 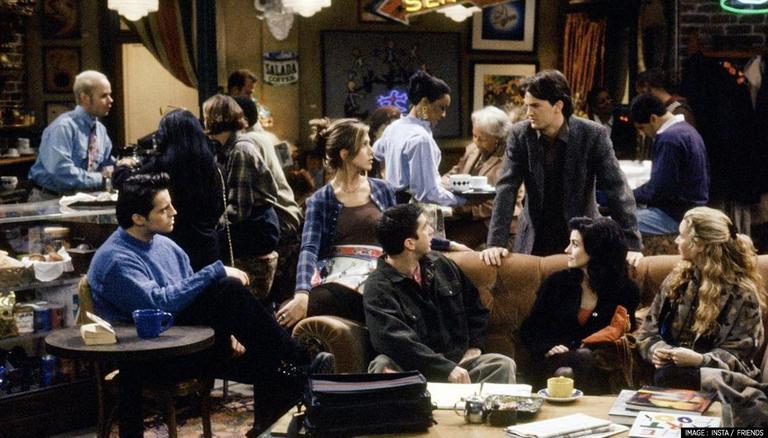 
Dubbed one of the most popular sitcoms of all time, FRIENDS which was released in 1994 ran for two decades. With each season comprising over 20 episodes, it has given fans plenty of options to choose their personal favourite one. Although there are particular scenes that are hard to erase from the memory, some of which are still being used as comedic references, a few episodes have been etched in our brains.

It won't be farfetched to claim that it is the same with the six frequent visitors of the coffee house at Central Perk. Featuring Jennifer Aniston as Rachel Green, Courteney Cox as Monica Geller, Lisa Kudrow as Phoebe Buffay, Matt LeBlanc as Joey Tribbiani, Matthew Perry as Chandler Bing, and David Schwimmer as Ross Geller, the cast has talked about the one episode that would always remain a memorable one for them. Here is a list of the episodes that are a personal favourite of the FRIENDS' cast.

1. The One With George Stephanopoulos

Actor Matt LeBlanc mirrored Joey's mischievous nature when he revealed that his favourite episode was the one where Ross got hit by a puck on the face. The episode showed the three musketeers of Central Perk going to a New York Rangers game to cheer Ross up which ended with him in the ER. According to Screen Rant, Matt revealed this during the 2016 FRIENDS reunion.

2. The One With The Prom Video

Although the FRIENDS are busy with their current adult lives in the hustle-bustle of New York City, they never forget to reminisce on the past, arguably awkward, teenage moments where Ross had a huge crush on Rachel. During the 2016 reunion, Jennifer Aniston revealed that the episodes with flashbacks of the cast are her personal favourite. She also mentioned Ross' afro hair which he sported in the The One With The Prom Video episode.

3. The One With Joey’s New Brain

The six friends were known for having their backs for each other even in the most senseless moments. During an interview with E! in 2017, Lisa Kudrow talked about her favourite episode where she mentioned the one where Ross reveals that he would play the bagpipes at Monica and Chandler's wedding. At the end of the episode, Ross skillfully performs his number and asks the others to join in with only Phoebe complying.

4. The One With Ross’ New Girlfriend

During his appearance on Good Morning America in 2017, Matthew Perry reveals that one of his favourite one-liners came from the episode The One With Ross’ New Girlfriend. Joey tries to remember his age when he got his first suit by saying ''I was 15. No, wait, 16. No, excuse me, 15''  after which Chandler goes, ''Alright, when was 1990?”. In the episode, Chandler goes to Joey's tailor only to return with traumatic memories for a lifetime while Rachel is heartbroken to see Ross being in a happy relationship with someone else.

5. The One With The Blackout

According to TV Insider, Courteney Cox recalled the episode being her favourite as she finds the scene where Ross tried to shake off the cat on his back extremely hilarious. In the episode, the city suffers a blackout while Joey, Phoebe, and Monica sing together unbeknownst to Ross' crisis.

6. The One With The Holiday Armadillo

In an attempt to teach his son about his Jewish heritage, David Schwimmer ended up making some of the fondest memories from the sets of FRIENDS. In the episode, Ross gets dressed as an Armadillo while Chandler dons the Santa Claus suit. However, in the moment of desperation, Joey arrives dressed as a Superman. According to Screen Rant, the actor had the most fun shooting for the episode.