'The Shrink Next Door': Trailer Of Apple TV+ Series Starring Will Ferrell & Paul Rudd Out

The first trailer of Apple TV+ limited series 'The Shrink Next Door' starring Will Ferrell and Paul Rudd was recently unveiled on Tuesday, October 12 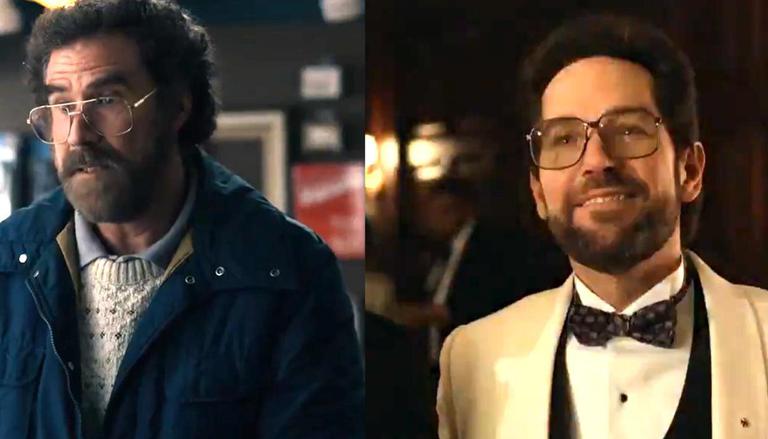 
The first trailer of Apple TV+ limited series The Shrink Next Door starring Will Ferrell and Paul Rudd unveiled on Tuesday, October 12. The eight-episode dark comedy shows the rise and fall of one man's relationship with his shrink and how they get involved in each other's lives.

Based on the original Wondery podcast of the same name, The Shrink Next Door is inspired by true events. The series examines the bizarre dynamic that unfolds between New Yorker Martin Markowitz played by Ferrell and Dr. Isaac Herschkopf, the psychiatrist essayed by Rudd, who manipulates and exploits him for nearly three decades. The series also stars Kathryn Hahn and Casey Wilson among others in key roles.

The Shrink Next Door trailer introduces Paul Rudd and Will Ferrell

The trailer introduced Ferrell's character Martin who seeks therapy to better his life and meets Dr. Isaac(Rudd) who begins to transform his life in unconventional ways of therapy. The promo also shows Rudd trying to be an overfriendly shrink who ends up controlling his patient in the most dangerous way.

Kathryn Hahn is also introduced as Phyllis Markowitz, Martin's sister who doesn't trust the doctor. Dr. Isaac is joined in infiltrating Martin's life by his wife Bonnie played by Casey Wilson. Meanwhile, Marty is blind to the shrink’s abuses, his sister Phyllis (Hahn) is not.

More on The Shrink Next Door

Directed by Michael Showalter of The Eyes of Tammy Faye and Jesse Peretz of GLOW, and written by Succession fame Georgia Pritchett, the series debuts on Apple TV+ on November 12. The series is executive produced by Ferrell, Jessica Elbaum, and Brittney Segal for Gloria Sanchez Productions; Showalter and Jordana Mollick for Semi-Formal Productions; and Rudd and Pritchett.

The official synopsis of the film reads,"“Inspired by true events, The Shrink Next Door details the bizarre relationship between psychiatrist to the stars Dr. Isaac “Ike” Herschkopf and his longtime patient Martin “Marty” Markowitz. Over the course of their relationship, the all-too-charming Ike slowly inserts himself into Marty’s life, even moving into Marty’s Hamptons home and persuading Marty to name him president of the family business. The series explores how a seemingly normal doctor-patient dynamic morphs into an exploitative relationship filled with manipulation, power grabs, and dysfunction at its finest.”

READ | Where was 'Everything Must Go' filmed? A look at shooting locations of Will Ferrell film

Meanwhile, the first three episodes of The Shrink Next Door will premiere globally on November 12. One new episode will follow each week, leading up to the finale on Friday, December 17.

READ | 'Ghostbusters: Afterlife' starring Paul Rudd to release in India on THIS date