'The Suicide Squad': Director James Gunn Reveals How He Decided Which Characters To Kill

As James Gunn's 'The Suicide Squad' is set to hit Indian theatres tomorrow, the director recently revealed how he decided to kill off some beloved characters. 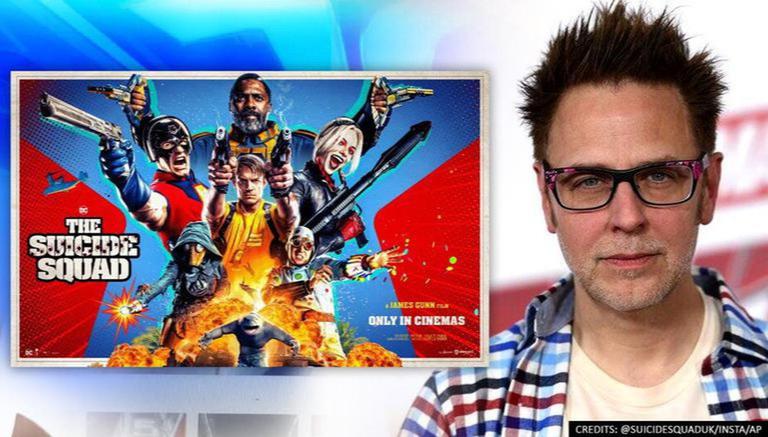 
James Gunn's much-awaited DC movie Suicide Squad is ready to hit the Indian theatres on August 5 and recently, Gunn has shared the decision-making behind the hardest part of his direction. In a conversation with the DC Comics’ official blog, the director explained how he came to a decision as to which characters will be killed off. The Suicide Squad is a standalone sequel to Suicide Squad (2016) and was theatrically released in the United Kingdom on July 30, 2021.

James Gunn on 'hardest part' of helming The Suicide Squad

Explaining how he came to a conclusion about executing certain characters in the movie, Gunn said, "There were a certain number of characters that I knew were going to die from the time I put them in the movie. When I first pitched this idea to Warner Bros., I went into (Warner Bros. Film Chairman) Toby Emmerich's office and I had made copies or made photos of every single character, and I had them all on a wall because it's a lot of characters. To throw, like, Mongal at Toby Emmerich can be really confusing. Going through them in that way, I knew some characters were going to die early and then other characters died as I told the story.”

Guns went on to spill the beans about characters that were initially considered but didn’t make the cut. He said, “I have a file folder full of all the characters I initially considered and there’s everyone from Gunhawk to Man-Bat to Bane to Deathstroke. Man-Bat is one of my favourite characters, so I really wanted to do Man-Bat, but I think I chose Weasel and King Shark instead. There are a lot of characters who I love in the DC Universe. The DC Universe is just such an incredibly rich trove of characters and to be able to choose was very difficult.”

The tenth film in the DC Extended Universe (DCEU) has an undeniably impressive star cast. Viola Davis as Amanda Waller returns, along with Margot Robbie as Harley Quinn, Joel Kinnaman’s as Rick Flag and Jai Courtney as Captain Boomerang. Debuting alongside them are Bloodsport, Peacemaker, King Shark, the Thinker, Savant, Javelin, Weasel, Ratcatcher II, Blackguard, TDK, Mongal and Polka-Dot Man. Apart from these squad members there are also dozens of antagonists and supporting cast members the audiences meet along the way.

READ | Suicide Squad 2: James Gunn reveals why he chose 'Starro' as the villain