Idris Elba shares that he would like to make a prequel movie about his character Bloodsport from 'The Suicide Sqaud' going up against Superman. 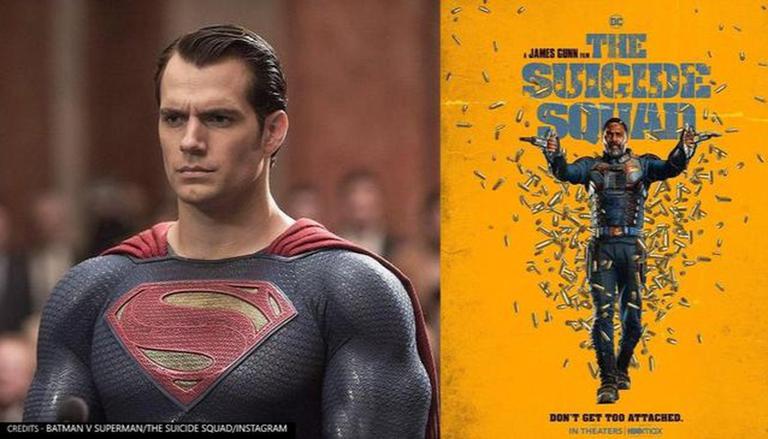 Image: The Suicide Squad and Batman Vs Superman Instagram

Helmed by James Gunn, The Suicide Squad introduced new characters and one of them was Bloodsport. Idris Elba who plays Bloodsport discussed ideas for a new project based in the Suicide Squad universe. Elba while talking to ET said that he would be really interested to see as to why his character in the film shot Superman and why did Bloodsport go to jail. He said that he would love to see that narrative 'come alive'. The movie revealed that Bloodsport was the only person to send Superman to hospital with his bullets.

He further explained that didn't know what character he was playing, but he did know the type of character and knew the position he played within the storyline. He added, "but I did know that he was the first guy to put Superman in the hospital because he shot Superman and that's why he's in jail. That was very intriguing and also became a little bit of motivation in some of my scenes and my character development.” If the Bloodsport vs Superman Prequel got the green light, it might be possible that James Gunn might return to direct the project as he is already working on a spin-off series based on the Peacemaker's character.

More on The Suicide Squad

The Suicide Squad is a standalone sequel to Suicide Squad (2016) and the tenth film in the DC Extended Universe (DCEU). It was written and directed by James Gunn and stars an ensemble cast including Margot Robbie, Idris Elba, John Cena, Joel Kinnaman, Sylvester Stallone, Viola Davis, Jai Courtney, and Peter Capaldi. In the film, a task force of convicts is sent to destroy a Nazi-era laboratory and encounter the giant alien Starro. The Suicide Squad was theatrically released in the United Kingdom on July 30, 2021, and released in the United States on August 5, while streaming on HBO Max for a month starting the following day.

READ | 'Suicide Squad 2' Easter Eggs: Here's all the Easter Eggs and cameos in the film

Image: The Suicide Squad and Batman Vs Superman Instagram