Thelma And Louise's Iconic Ending Was Almost Changed; Did You Know?

Susan Sarandon, who played the role of Louise, has revealed that the ending of 'Thelma and Louise' was almost changed by the director; Read 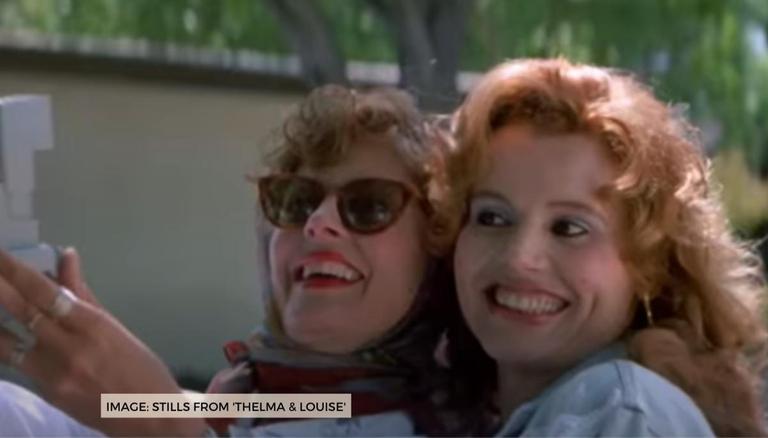 IMAGE: STILLS FROM 'THELMA AND LOUISE'


Thelma and Louise is a popular American drama film that had released two decades ago, in 1991. While the film has received wide popularity for its storyline, its climax scene is considered to be among the biggest highlights of the film. However, it has been recently revealed that the unexpected ending of the film was almost shelved by the director Ridley Scott. In an interview with Entertainment Weekly, Susan Sarandon has revealed how the ending was on the verge of being changed, and what was the alternate ending that was proposed by the filmmaker.

Susan Sarandon, who had played the role of Louise in the film, has explained that the director along with herself were initially not convinced by the ending. It was shown that the two ladies, who were fleeing the police, drive off their car over the cliff rather than get caught and face the law. Susan had asked the director to reshoot the scene and ensure that the two characters come out alive in the end. However, Ridley told Susan that while her character would surely be killed, he was not sure about Thelma.

It was then that the director suggested that before the car would go flying over the cliff, Louise would push Thelma out of the car to spar her life. It was ultimately decided that the film would proceed with the original ending, with the two escaping the police for one last time. Interestingly, she also revealed that the idea of a sequel to the film was also proposed, as per her revelation in The Tonight Show with Jimmy Fallon. Susan, however, was not quite on board with the idea given that the ending kills them both.

While Susan played the role of Louise, Geena Davis played the role of Thelma in the film. It focuses on their escape from law after one of them shoots an antagonist in the heat of the moment. The film has been felicitated with quite a few prestigious awards post its release, including the Academy Award in the category of Best Original Screenplay.

READ | From Lady Gaga to Salma Hayek: 5 appalling revelations from Hollywood stars this week
READ | Who plays Zeus in 'Army of the Dead'? Know more about the actor and his Hollywood career
READ | Kurt Cobain and Courtney Love's Hollywood home up for sale for less than $1 million