Christian Bale, who is set to play Gorr in 'Thor: Love And Thunder,' recently opened up on his inspiration for the role and his uncomfortable nails. 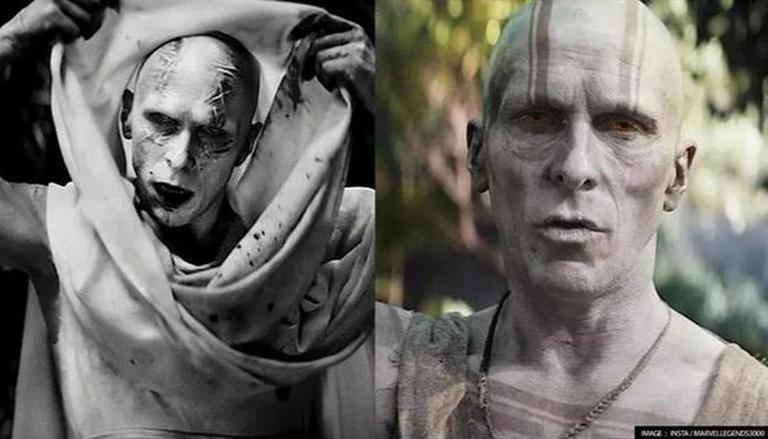 
Marvel Studios and Taika Watiti have surely gone the extra mile while developing the fourth instalment in the Thor franchise, Thor: Love And Thunder. The film is one of the most anticipated films of the year which will witness Chris Hemsworth reprising his role as the God of Thunder. It will also see Natalie Portman and Tessa Thompson's superhero characters and the new adventures they embark on. While the makers have been fueling fans' excitement with regular updates regarding the movie, viewers are most excited to watch Christian Bale play the lead antagonist and supervillain - Gorr, the God Butcher. As Bale is currently busy promoting the film and also talking about his experience, the actor recently revealed a song that inspired his Gorr character.

Christian Bale has amazed the audience with his ace acting skills in several award-winning films. However, the actor's performance in Christopher Nolan's Batman trilogy surely has a separate fanbase. After playing the Caped Crusader in three films, Bale had mentioned in several instances that he will not return to the superhero realm. However, the actor surprised everyone as he took up the role of Gorr, the God Butcher, in the upcoming film.

As per a report by Mxdwn.com, Christian Bale opened up on his supervillain role, Gorr on the red carpet of the film's premiere. Speaking about his inspiration for the character, the actor revealed that it was Aphex Twin's Come To Daddy music video that made him take up the role. He said, "I was definitely influenced by the looks of ‘Nosferatu’ and the musician Aphex Twin. He has a great video called ‘Come to Daddy’ with a character that Taika and I liked and he was my reference."

Bale also talked about his appearance in the film and how he would handle Gorr's long fingernails on the sets. He revealed how he could not do anything on set and began thinking that he cannot even walk.

Thor: Love And Thunder is helmed by Taika Watiti and stars Chris Hemsworth, Natalie Portman, Tessa Thompson and Christian Bale in lead roles. The film is set to hit the theatres on July 8, 2022. Take a look at the film's trailer here.

READ | Christian Bale says he didn't know what MCU was even after signing 'Thor: Love & Thunder'