TI And Tiny To Be Investigated For Alleged Sexual Assault: Reports

TI and Tiny are under investigation by LAPD for allegedly sexual assault and drugging women. The two have been denying several accusations. Know more. 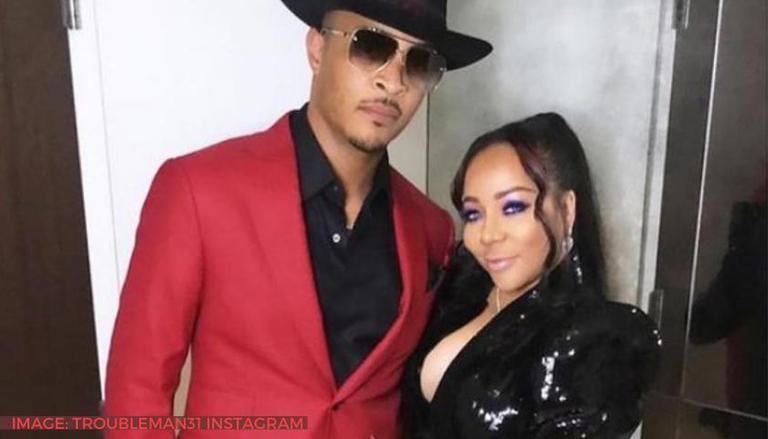 
Rapper T.I. and his wife Tameka "Tiny" Harris have gotten themselves into legal trouble. The Los Angeles Police Department (LAPD) has launched an investigation on the couple. It comes after a police report was filed by a woman identified as Jane Doe, as per the Daily Beast.

TI and Tiny under investigation by LAPD

According to E! News, in the police report, the woman claimed she was sexually assaulted and drugged by TI and Tiny back in 2005. The report was filed last month and the LAPD is moving forward with the investigation. It states that the woman allegedly had two cocktails at a club with the pair. Then Tiny offered her a glass with a clear liquid, which the woman took a sip from. She claims that she joined T.I. and Tiny along with two unknown women in an SUV to their hotel suite nearby.

The alleged victim mentioned that the two unknown ladies left the suit, leaving her alone with the stars. It is when she claims the alleged sexual assault happened. She claimed that she had blacked out and was informed by a friend from the club that she was probably drugged.

However, this is not the only accusation against the couple. Earlier this month, a 41-year-old woman named Rachelle Jenks filed a police compliment with the Las Vegas Police Department (LVPD) charging the husband and wife with the same accusations. She claimed that TI and Tiny met her in 2010 at an airport restroom. She met them later that night in the Venetian hotel. The woman claims Tiny offered her a shot after which she felt dizzy.

At that point, her husband T.I. tried to remove her clothes, but she stopped him. The alleged victim stated that the rapper forced her to go to LA with him in a tour bus and have sex with him against her will. She claimed that TI took away her ID and pushed her to got to Miami, where she got intimate with several women without her consent.

The couple's attorney, Steve Sadow,  said that the Harrises have not spoken to or been contacted by the Los Angeles Police Department (LAPD), the Las Vegas Police Department (LVPD) or, indeed, any member of law enforcement from any other jurisdiction in the country. He mentioned that even after assuming the story in the Daily Beast is "close to accurate," it appears the LAPD 'accuser' has chosen once again to remain anonymous, thereby preventing them from being in a position to "disprove or refute" her allegations—or even examine them. Meanwhile, although they now appear for the first time to have the name of an 'accuser' who supposedly filed a police report with LVPD, they have "absolutely zero" details about her or her claim, he claimed.

READ | Shekinah Jo reveals Tiny Harris set her up, then defends herself and claims otherwise