Timotheé Chalamet and Zendaya took part in a quiz about each other and Chalamet teased his ‘Dune’ co-star about her celebrity crush being Tom Holland. 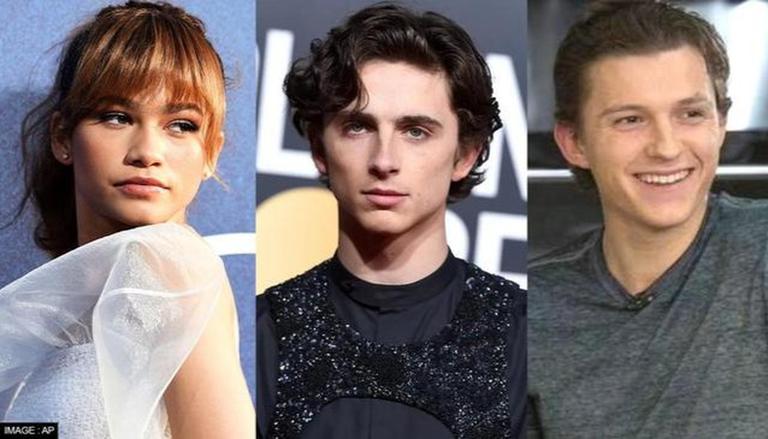 
Timotheé Chalamet and Zendaya recently took part in a quiz about each other, in which Chalamet teased his Dune co-star about her celebrity crush being Tom Holland. Zendaya and Tom Holland star in Spider-Man alongside each other and have been rumoured to be dating for a while. Dune hit the big screens and aired on HBO Max on October 22.

Timotheé Chalamet and Zendaya took a Bestfriend forever test with Buzzfeed and had some interesting answers about each other. One of the questions the duo had to answer was their co-star’s celebrity crush. Timotheé Chalamet mentioned it was easy to give an answer and did not take a moment to talk about it, as he answered Tom Holland. This made Zendaya laugh and she said, “I don't actually know, maybe that's a secret on purpose.”

Timotheé Chalamet and Zendaya also answered questions about their favourite snack and were quizzed on each other’s middle names. The quick game gave fans a sneak-peek into the bond they share and also gave fans more information about their life. Dune released worldwide on October 22 and saw Rebecca Ferguson, Jason Momoa, Oscar Isaac, Stellan Skarsgard, Javier Bardem, Dave Bautista and David Dastmalchian in pivotal roles apart from Chalamet and Zendaya. The film was helmed by Denis Villeneuve, and Zendaya became the talk of the town after Tom Holland posted a picture of her on his Instagram account from the Dune premiere. The actor stunned in the picture as she donned a Law Roach white gown for the occasion.

Zendaya will next be seen in Spider-Man: No Way Home alongside her rumoured beau, Holland. The film will mark the duo’s third film together in the franchise. Fans are excited to see the much-loved MJ and Peter as the film is expected to release in theatres on December 17. In a recent interview with Entertainment Weekly, Holland dropped a hint that the upcoming film would be the last one from the franchise. He mentioned that he 'just felt like it' that the team was treating the film as the end of the franchise. However, the actor mentioned that if they would be 'lucky enough' to step back into these characters again, it might lead to a 'very different version.