Tom Hanks' upcoming sci-fi drama, 'Finch', has dropped its trailer, showcasing the characters' quest for survival. The movie will premiere on November 5, 2021. 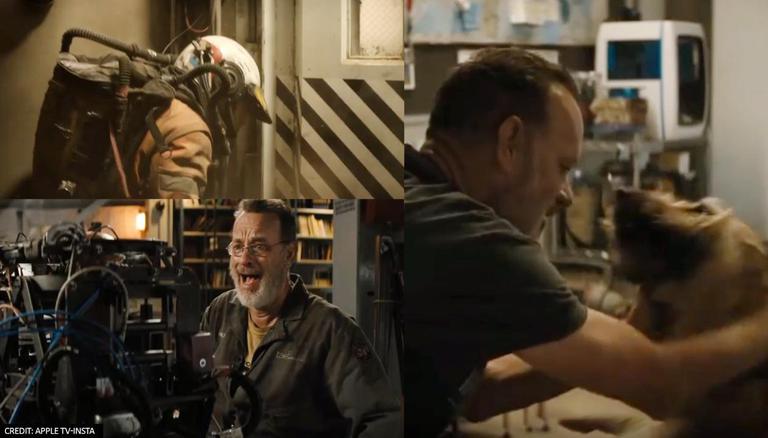 
Finally, the full trailer of Tom Hanks-starrer science fiction, Finch has been released. The trailer showcases the eponymous character's nerve-wracking journey as he ventures into the post-apocalyptic world, to find an abode for his two companions — a dog and a newly created robot. The almost 3-minute clip has been dropped by Apple TV+ and showcases the dreadful glimpses of the dystopic and deserted America after being ravaged by an apocalypse.

Tom Hanks will be seen essaying the role of a robotics engineer, who has survived a cataclysmic solar event. He creates a machine named Jeff, played by Caleb Landry Jones to take care of his furry companion dog, Goodyear after he is gone. The trailer showcases the three characters in their cross country journey to beat the deathly encounters and move toward safety.

The clip opens up with Tom's character announcing, "It all happened so fast. There was a solar flare. Goodbye crops and food, goodbye everything," accompanied by dreadful images of the American landscape. Addressing his four-legged companion, he says, "So I hid, frightened and so alone, and I found you." Finch's scientific expertise leads him to build a robot, who the former teaches how to drive and talk to his pet among other things. In the trailer, their journey seems to be full of merciless heat, cataclysmic radiations, weather disruptions among others. It concludes with Jeff saying "I believe in you Finch," as they strive to survive.

Along with Hanks, the movie wills see Caleb Landry Jones, Samira Wiley, Laura Harrier and Skeet Ulrich in pivotal roles. With its original premiere date of October 2, 2020, being pushed several times owing to the COVID-19 pandemic, the sci-fi drama will now premiere on November 5, 2021, on Apple TV+. It also marks the Forrest Gump actor's second collaboration with Apple, the first being the World War II war movie Greyhound which came out in July 2020.

The film is helmed by Miguel Sapochnik, while Amblin, Reliance Entertainment and Walden Media are backing the project, while Kevin Misher, Jack Rapke, Jacqueline Levine, and Powell are set to serve as producers. The original screenplay has been penned by Craig Luck and Ivor Powell.