Tom Holland and Zendaya are currently gearing up for the release of the much-awaited 'Spider-Man: No Way Home' on December 16, 2021, in India. 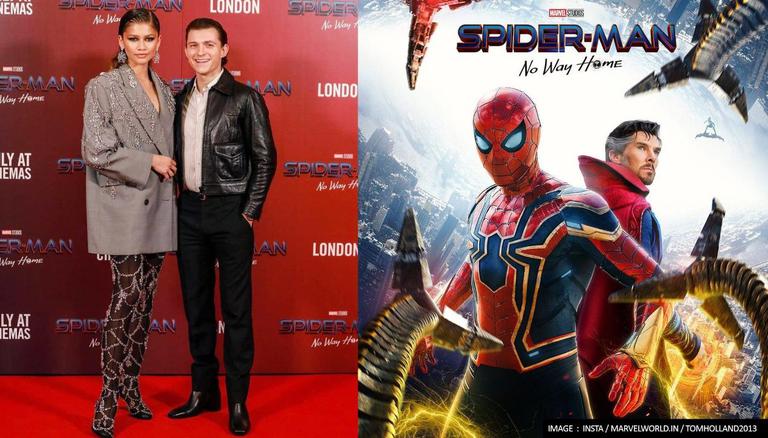 
Tom Holland and Zendaya are currently gearing up for the release of the much-awaited Spider-Man: No Way Home on December 16, 2021, in India. The actors, along with Benedict Cumberbatch and Jacob Batalon appeared on Jimmy Kimmel Live to promote the superhero actioner. During the interview, the leading duo revealed that they have watched the film twice, ahead of its release.

Speaking about the cast members watching the film ahead of its release, Tom Holland revealed that he and Zendaya had already watched it. Zendaya then added that they had actually watched it twice. Holland said, "We saw it and as soon as it finished we were like "Can we watch it again?" However, tonight (world premiere) is really us watching it, cause when we watched it, it was still being put together. But, I'm so excited for it tonight." Benedict Cumberbatch who plays Doctor Strange revealed that he is yet to watch the film. He mentioned that he wished to watch it with the audience and said, "I genuinely haven't watched it and I'm excited. I want to have the experience with an audience. That's the great thing about what we have slowly been coming back to, is to be able to enjoy it with the community again." The actor also revealed that he does not do this with all his films, as he does not have the time, but he will make sure to save time to watch Spider-Man No Way Home.

The cast then opened up about their recent press tour and mentioned they were meant to keep aspects of the film under wraps. Speaking about the film finally releasing, Zendaya said, "we'll be free", as the cast will not have to keep secrets about the upcoming release for much longer. Speaking on the matter, Tom Holland said, "I'm so tired of lying."

The advance booking for the much-awaited film commenced on Sunday evening and film analyst Taran Adarsh revealed that the prices for the tickets soared as high as ₹2200 per seat. He wrote "One look at the TICKET PRICING of #SpiderMan and you will rub your eyes in disbelief… At places, it’s AS HIGH AS ₹ 2200 PER SEAT… And the shows are #HouseFull in advance." Several ticket booking sites crashed after the advance bookings began.