Tom Holland took to social media to share a quirky picture of himself enjoying an "ice sink" after a tough day. Read further ahead to know more. 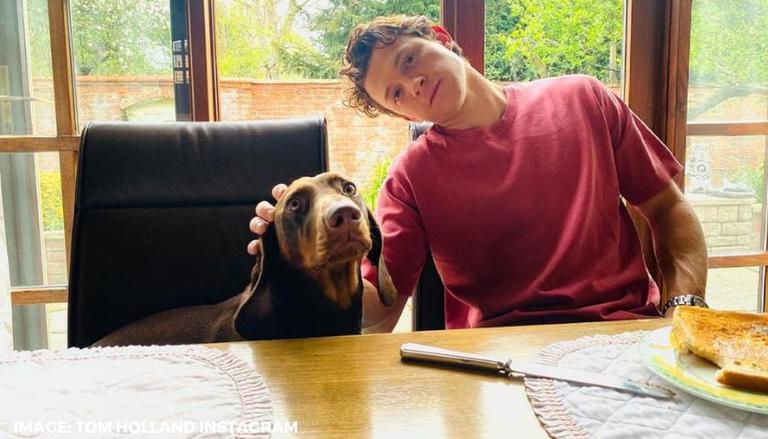 
Tom Holland is known to be quite an interactive actor who is often active on social media. The actor often posts quirky pictures and captions and keeps his fans entertained throug his posts. Recently, the actor posted an image where he seems to be cooling off after a day's work. Tom Holland added a quirky caption to the story shared on Instagram and fans had a good laugh at the hilarious analogy used by the actor.

Taking to Instagram, Tom Holland shared a picture of himself immersing his legs in ice-cold water. The actor seemed to be cooling himself off and relaxing as he completed a hard day's work. Amid this, the actor snapped a picture of his legs in the water surrounded by ice and wrote a rather hilarious caption upon sharing it online. Tom Holland questioned if he is having an ice bath and further wrote that it looks like he is rather having an ice sink. The actor made the analogy due to the fact that the ice bucket resembled a typical sink. The metal exterior of the tub looked quite similar to a sink due to which the actor joked about the ice bath being an ice sink. Tom Holland even added an awkward face smiling emoji to complete the quirky caption and gave followers a good laugh. 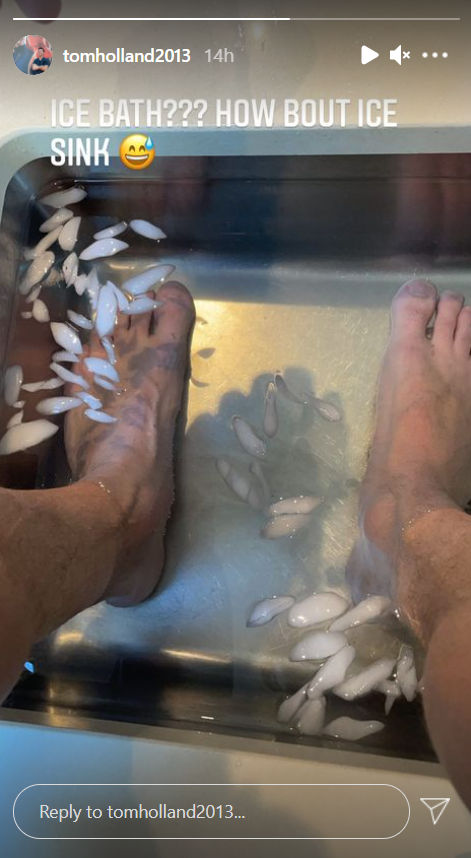 On the work front, fans have been eagerly waiting for an update on Tom Holland's next Spiderman film which has been titled Spiderman: No way Home. The makers of the film have kept things under wraps and thus fans have little to no knowledge about what they can expect from the film. However, fans of the actor are quite excited to watch the fate of Tom Holland’s Spider-Man especially after the events of Spiderman: Far from home.

The climax of the film went on to reveal the true identity of Spiderman as Peter Parker and cut off before providing any major leads. Thus fans are quite excited to know as to what the fate of the webs slinger could possibly be, post the events of Far from home. Besides that, the actor will also be seen in Uncharted which is scheduled to release next year in February according to a number of news portals. The story is expected to dive deep into the origins of the protagonist and fans are quite excited to watch Tom Holland’s portrayal of Nathan Drake in the film.