Netflix recently dropped the teaser for highly anticipated 'Too Hot To Handle' season 2 and revealed that the show will be releasing on THIS day. See it here 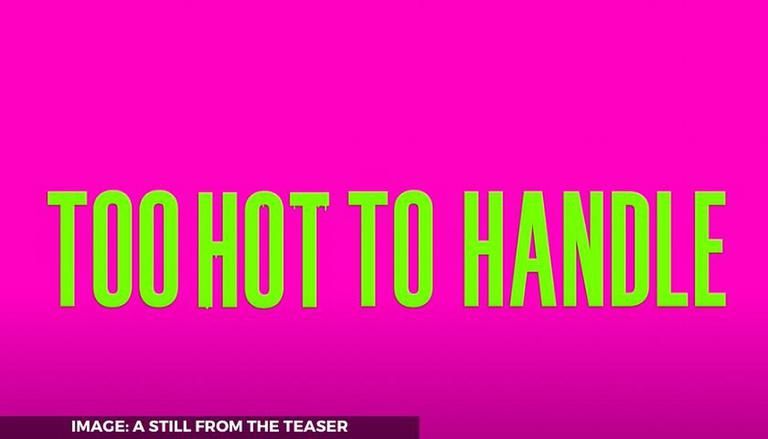 Image: A still from the teaser


Too Hot To Handle is one of the most popular reality shows on Netflix. The show released last year and went on to become a huge hit all over the world. Seeing the popularity of the show, it was renewed for a second season and fans had been eagerly waiting to get an update about it for a long time now. The makers of the show recently greeted the audience who were eagerly waiting for the Too Hot To Handle season 2 trailer with a short teaser. The teaser for the highly anticipated upcoming season has confirmed the release date of the show too.

Too Hot To Handle season 2 teaser reveals the release date

Too Hot To Handle season 2 teaser revealed that the show will be releasing on June 23, 2021. The teaser made an announcement that all episodes will not be releasing on the same day. Too Hot To Handle season 2’s first batch of episodes will be released on Wednesday, June 23 with the second and final batch will be dropping on June 30. The long wait for the fans of the show is now finally over as the release date is finally out. The recently released teaser gives a glimpse of the new villa that will be shared by the contestants. In the teaser, it is seen that fans have been demanding the second season of the show for a long time and the wait is now over. Here is a look at the Too Hot to Handle season 2 date announcement teaser.

READ | 'Too Hot to Handle' to 'Love Is Blind': Identify the cast & ace this reality show quiz

Who won Too Hot To Handle?

Too Hot To Handle was deemed as the dating show with a twist. The show followed 14 single housemates in their attempt to keep their hands off each other by refraining from any sexual contact for the ultimate prize money of $100,000. The prize was slashed if any contestant broke the rules. In the first season, the final Prize money was $75,000. Notably, Harry Jowsey and Francesca Farago won back the $32K that they had lost for the group. They spent an entire night together without touching. This task by Harry Jowsey and Francesca Farago meant that everyone in the remaining 10 contestants walked out with $7500 each.

READ | Did you know Love is Blind, Too Hot to Handle, & Tiger King have an unexpected connection?

Image: A still from the teaser

READ | 'Too Hot To Handle' cast is still together a year after the show ended?
READ | 'Too Hot to Handle' star Francesca Farago reacts to patch-up rumours with Harry Jowsey