Tom Cruise is currently gearing up for the release of his film Top Gun: Maverick, in which he will reprise his role as Lt. Pete 'Maverick' Mitchell. 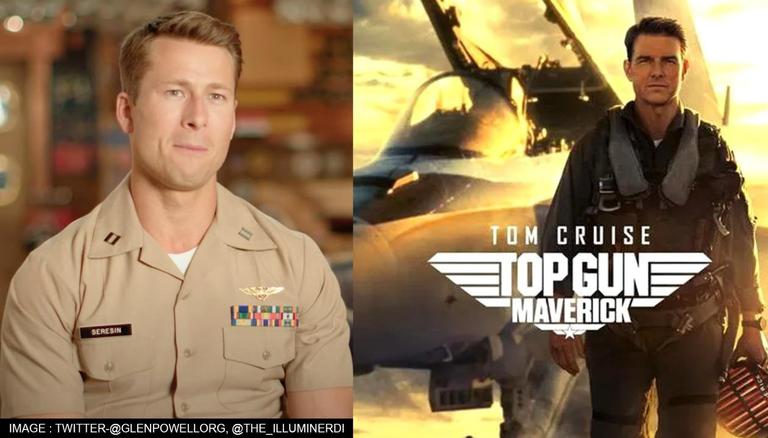 
Tom Cruise is currently gearing up for the release of his film Top Gun: Maverick, in which he will reprise his role as Lt. Pete 'Maverick' Mitchell. The film will also star Val Kilmer, Jennifer Connelly, Miles Teller, Glen Powell and others in pivotal roles. Powell recently opened up about his experience working with Tom Cruise and mentioned that the Edge Of Tomorrow actor was the reason he got into the world of acting.

Glen Powell on his experience working with Tom Cruise

In a recent conversation with Du Jour, Glen Powell mentioned that Tom Cruise's 1986 hit film Top Gun was the reason so many people became pilots, and Tom Cruise's role in the film was the reason behind why many individuals got into acting. He mentioned that standing alongside the actor on the sets of their upcoming film was as good as it gets'. He called it an 'out-of-body experience' and according to Screen Rant said, "Tom Cruise is one of the reasons I wanted to get into acting. So many pilots became pilots because of Top Gun, and so many actors became actors because of Tom Cruise in this film. There is a moment when you’re on set standing next to Tom Cruise next to an F-18 jet wearing aviators where you think, “This is as good as it gets.” It was such an out-of-body experience."

Tom Cruise was recently at the Cannes Film Festival as he attended the international premiere of his film there. He and the team received a 5-minute standing ovation at the prestigious event and the actor was also honoured with the Palme D’Or Award. The festival’s president Pierre Lescure surprised those gathered at the event and presented the honorary Palme d’Or award to Tom Cruise. Only 15 honorary Palmes have been given out so far at Cannes, and Tom Cruise won the 16th. The overwhelming response he received for his work in the film moved him to tears. The upcoming film will follow the 1986 blockbuster Top Gun and fans can't wait to see what the director Joseph Kosinski and Tom Cruise have in store for them.