Twilight Saga Quiz: Can You Guess The Character From The Movie Based On Their Description?

Twilight Quiz: Here is a brief description of characters from the Twilight series, put your knowledge of the movie to test and guess the character. 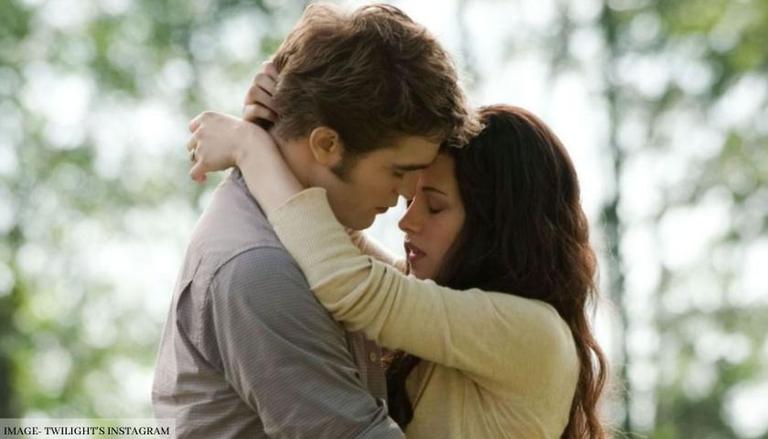 
The vampire-themed five-series movie helmed by a bunch of talented directors, Twilight, took the world by storm when it first came out. Featuring Kristen Stewart and Robert Pattinson, the movie became the ultimate teen sensation after depicting their love triangle with Taylor Lautner and the popular Vampire VS Werewolf trope. Here is a small Twilight quiz to put your knowledge to the test. Can you guess the famous characters solely based on their description? Take the quiz!

2. Played by Billy Burke, this man is by far the calmest and composed character throughout the whole franchise despite his dangerous powers. Having changed his lifestyle as a Vampire, the character took it upon himself to take in a bunch of helpless Vampires and welcome in his family of Cullens. Can you guess who this calm and composed character would be?

3. Her special ability to look into the future and have visions about the danger lurking in the upcoming events made her the most dangerous and valuable vampire of the franchise. Portrayed by Ashley Greene, her powers were unmatched as she helped the Cullens avoid the most dangerous situations and her mastermind plans aided them against powerful enemies. She was also a sweet, genuine, and kind person to the protagonist. Can you guess the character?

4. An detached teenage girl, who falls in love with a vampire, goes on to unveil the biggest secrets unbeknownst to humanity. Played by Kristen Stewart, the character is unsociable, quiet, and mysterious before meeting with her lover. However, as her story progresses, the character becomes a key person to save her family and friends from the most dangerous Vampires.

5. Portrayed by the teen heartthrob Robert Pattinson, the character is by far the most popular Vampire of the franchise. A sullen, quiet, and mysterious Vampire, with the virtues that of his guardian, did everything in his powers to protect his family and partner, to the point of almost dying. Try to guess the charming character of the franchise who stole the hearts of millions of teenagers worldwide.

READ | From Khloe Kardashian to Amber Heard, here is a recap of top Hollywood posts from June 29

WE RECOMMEND
Trump's daughter-in-law says 'get guns, arm up' at US border migrant crisis; sparks fury
'Twilight Saga' is coming soon to Netflix US in July 2021; details Inside
'The Twilight Zone' and 'Star Trek' actor Joanne Linville dies at the age of 93
Robert Pattinson gets ‘perverse glee’ from being 'shocking' during interviews
Netflix’s Geeked Week: From The Sandman to Vikings: Valhalla, here's everything announced