Unseen Pic Of The Day: When Meghan Markle Wore A Saree During India Visit

One of Meghan Markle's fans went on to share a major throwback picture of Meghan dressed in a saree with is truly unmissable. Take a look.

Ever since Meghan Markle’s tell-all interview with Oprah aired online, fans have been taking to their respective social media handle to shares several pictures, videos, and more of the Duchess of Sussex. Among the many posts, one of her fans went on to share a major throwback picture of Meghan dressed in a saree with is truly unmissable. On seeing this picture, netizens have been going all gaga over the post.

In the picture, Meghan Markle can be seen looking all gorgeous as she strikes a candid pose for the camera. She can be seen donning a blue and green printed saree along with a golden embroidered blouse which she had worn during her visit to India in the year 2017. She also opted for a middle parting sleek hairdo, well-done brows, bindi, and natural makeup.

Along with the picture, the handle also penned a sweet note revealing details about the same. It read, “Since everyone is talking about her interview, here is a photograph of Mehgan Markle in India – 2017”. Take a look at Meghan Markle's unseen photo below.

READ | What happened between Piers Morgan and Meghan Markle? Find out

As soon as the post was shared online, fans could not stop themselves from flooding the comment section with all things happy and nice. Some of the users commented on how gorgeous the duchess looked, while some went all gaga over the picture. One of the users wrote, “she looks so beautiful”, while the other one wrote, “so lovely. Hope she remains happy forever”. Some also commented with many happy emojis. Check out a few comments below. 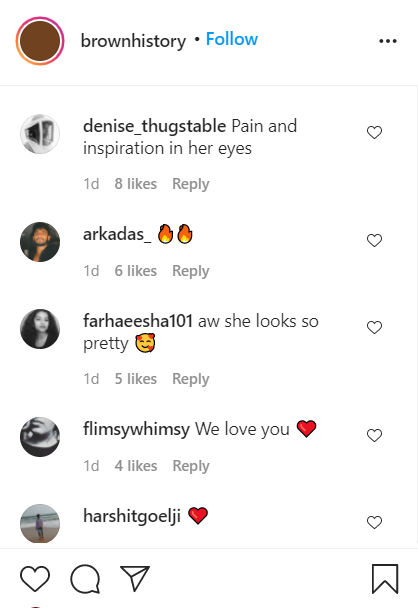 The Oprah interview with Prince Harry and Meghan Markle was prerecorded. In the United States, it was broadcast on the CBS website. The show is available to watch on a number of different streaming platforms. Oprah had tweeted about the show’s airing date on Sunday. She wrote, “Today’s the day. Oprah with Meghan and Harry: A Primetime Special airs tonight at 8/7c on @CBS. #OprahMeghanHarry”.

READ | EXPLAINER: Why is Harry and Meghan's son not a prince?

Meghan Markle revealed some details about the royal family during her interview with Oprah Winfrey. She claimed the royal family had committed a number of wrongdoings. She also talked about her miscarriage. The unexpected announcement was made by Meghan Markle that she and Prince Harry's next child would be a daughter.