'Venom 2' director Andy Serkis shares that he followed Tom Hardy's approach while making 'Venom 2' instead of following his own signature methods. 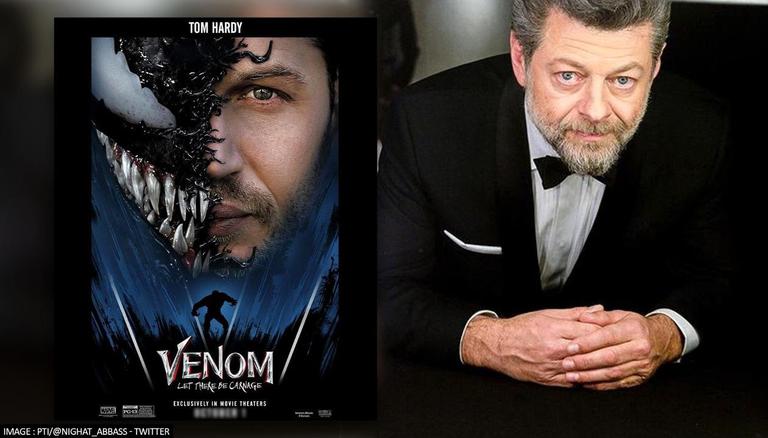 
Venom 2 released in the theatres earlier this month after several delays. The movie opened to positive reviews with critics hailing the sequel better than the 2018 movie Venom. Andy Serkis, the director of the movie opened up about his experience on working with Tom Hardy. Serkis said that Hardy had his own methodology while creating Venom: Let there be Carnage and that he went along with the actor's process instead of adding his own signature filmmaking techniques.

Andy Serkis, in an interview with Hollywood Reporter, shared that when he signed on to Venom 2, he originally thought he’d combine his signature approach in the movie, but ended taking Tom's approach. Serkis said, "Tom had his own methodology in terms of creating Venom. Originally, when I came on, I thought, ‘Oh, we’ll be doing lots of performance capture.’ But in a way, because Venom is inside Eddie’s head for a lot of the time, I wanted to take on what Tom’s process was and where he was comfortable."

He added, "Tom obviously wanted me to be there because as an actor-director, I was comfortable in that environment. So I think Tom wanted someone with who he could have frank conversations and create an environment of work that was sympathetic to everybody who perhaps wasn’t as familiar with CG characters as myself." Venom 2's screenplay was written by Kelly Marcel, based on the story that she wrote with lead actor Tom Hardy.  The film was primarily inspired by the comic book story arc Maximum Carnage (1993) and the 1994 Spider-Man animated series story arc The Venom Saga.

READ | Awaiting 'Venom 2'? Check out the list of other movies and shows of the cast

Venom: Let There Be Carnage was theatrically released in the United States and India on October 1, 2021, after being delayed from an initial October 2020 date due to the COVID-19 pandemic. The movie stars Tom Hardy reprising his role as Eddie Brock / Venom alongside Michelle Williams, Naomie Harris, Reid Scott, Stephen Graham, and Woody Harrelson. In the film, Brock tries to reignite his career in journalism by interviewing serial killer Cletus Kasady (Harrelson), who becomes the host of an alien symbiote similar to Venom named Carnage.