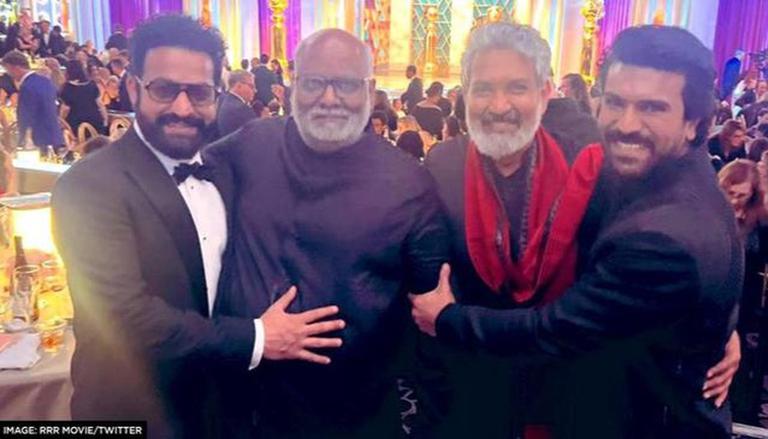 
It's a great moment for Indians as the 'RRR' song 'Naatu Naatu' became the first Asian song ever to win Golden Globes Award. The team RRR including Jr NTR, Ram Charan and filmmaker SS Rajamouli, who were present at the event, jumped with excitement as Jenna Ortega announced the song as the winner of Best Original Song.

The official Twitter handles of Golden Globes and RRR movie shared a video of the moment when the award was announced and team RRR's reaction is winning the Internet.

The pictures of the stars from the event were widely shared on RRR Movie's official Twitter handle.

The makers of 'RRR', in the last few months, held many screenings of the film across the globe including the USA and Japan.

'RRR' was screened at many important film festivals. The film's song 'Naatu Naatu' has also been shortlisted for Oscars 2023.

SS Rajamouli's period drama has also been nominated for the 'Film Not In English Language' category at BAFTA Film Awards 2023.