Wes Anderson's much-awaited 'The French Dispatch' had a successful premiere at the Cannes Film Festival. The movie bagged the longest standing ovation. 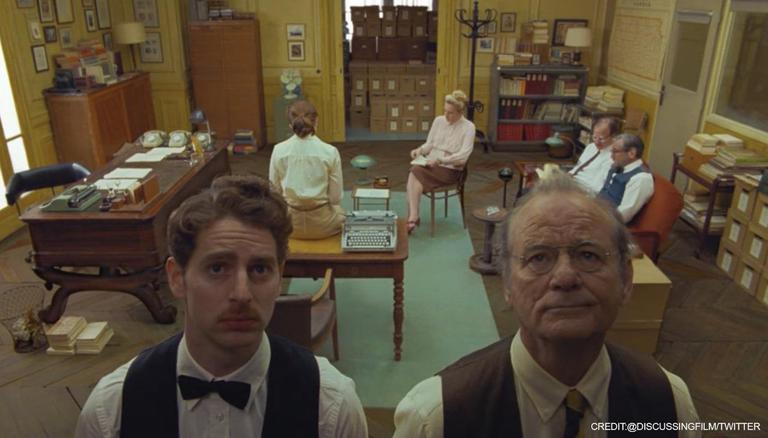 
Wes Anderson's highly anticipated romantic-comedy The French Dispatch has a long time until its theatrical release. However, it had its much-awaited premiere at Cannes Film Festival, the world's biggest film fest. Attending the festival, the entire star-studded cast of the movie made a grand yet unique entrance promising the spectators of a spectacular show inside the theatres. Not disappointing the audience, the movie left an impressionable mark on the viewers.

As per reports from Variety, the movie received the biggest standing ovation so far in the festival. The cheering and applause did not stop for the team and cast present at the festival for nine minutes. The entire cast of the movie including director Wes Anderson with the actors Benicio del Toro, Adrien Brody, Tilda Swinton, Owen Wilson, Timothée Chalamet, Bill Murray and Stephen Park enjoyed the rapturous applause.

The French Dispatch entry at Cannes

The team and cast of the critically acclaimed movie arrived in a giant golden party bus accompanied by the French police. Along with composer Alexandre Desplat, the cast stood at the bottom of the red carpet to click group pictures. The ecstatic cast seemed to be enjoying themselves as Bill Murray took off his mask to pose in front of the lenses while Wilson was seen filming the throng of a crowd cheering them along.

Brody was seen violating one of the festival's rules by pulling young actor Timothée Chalamet in for a selfie on the red carpet. The cast was also decked up for the occasion with many sporting the classic black tux and statement attire. Standing out from the cast and with five movies to be played at the festival, Tilda Swinton donned a pink gown with gold sequence sleeves.

READ | The French Dispatch: Wes Anderson out-Andersons himself for a ‘love letter to journalists’

What is The French Dispatch about?

Written, produced and directed by Wes Anderson, the movie follows the premise of a love letter collection published under 'The French Dispatch' in a 20th century French City. It is set by a love letter sent to journalists in an outpost of an American newspaper. The movie is expected to be released in theatres in October this year by Searchlight Pictures.